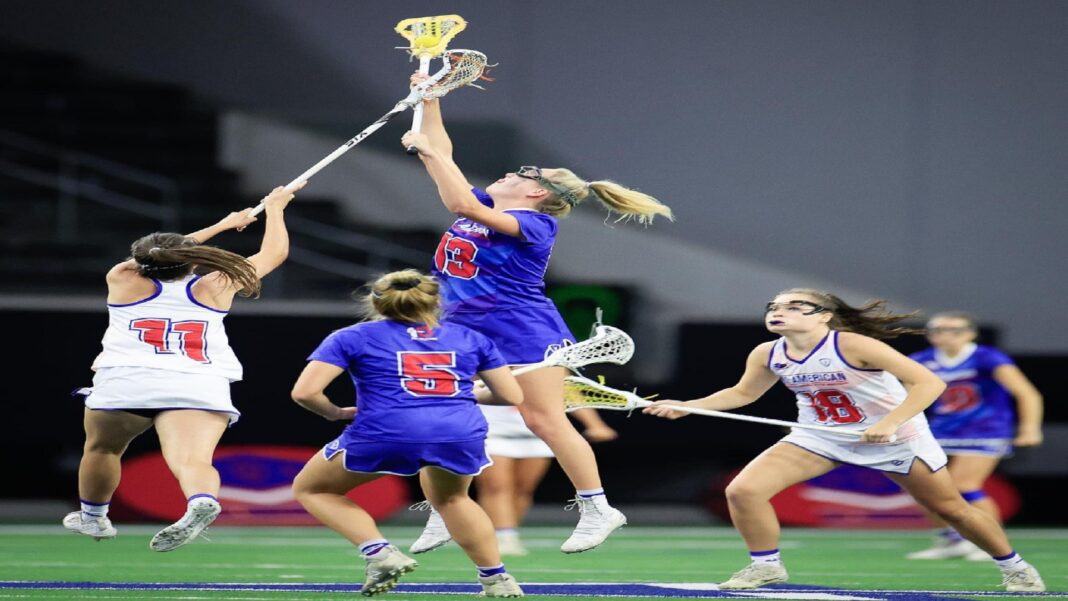 Mater Dei girls standout Skyler Nielsen (13) ended her high school lacrosse career on a high note, as she helped the North defeat the South 12-11 on Sunday July 25 at the Ford Center in Frisco, TX.

“It was really awesome playing against other lacrosse players that were not from orange county. I have met some of them throughout my time at tournaments but really getting to know them and the school they were attending was a one-of-a-kind experience,” Nielsen said.

While Nielsen was unable to score, she did take a handful of draw controls and got at least one shot attempt off. Nielsen said the game was special to her and it lit a fire inside of her and reminded her of how much she loves lacrosse.

“Every time I played at the Ford center, I am amazed by how incredible the stadium really is. It’s so exciting to play a game as special as the All-American game. This game was so special to me because it truly showed how much I’ve grown as a lacrosse player and how strong I am on and off the field,” Nielsen said.

Other locals from the Southern Section that got to play in the All-American girls game were Kennedy Mason (JSerra), McKenzie Olson (Palos Verdes), Emma Ing (Newbury Park), Sammy Nuchow (Chaminade), Jackie Nuchow (Chaminade) and Jordan Davis (Redondo Union). Olson tied for having the most goals on the South with three while Mason added a goal via a free position shot.

“It was such an awesome experience to be able to play at such a high level with players from the entire western United States. One of my favorite moments was when my family and I got interviewed by ESPN on the sideline during the game,” Mason said.

One of Mason’s favorite high school memories was her freshman year when she played with her older sister Quinnlyn in 2018. With Mason having committed to play lacrosse at Cal Berkley, the sister will be on the same team for at least two seasons.

“I am beyond excited to have the opportunity to get to play two more years with her in college,” Mason said.

As for the game itself, the North never trailed, but couldn’t pull away. The game was played with four 15 minutes running clock quarters.

The North led 8-6 at halftime, as they deflected a free position shot to end the first half. Its lead eventually grew to 11-7 after five minutes had passed in the third quarter, but the South scored two straight to make the score 11-9.

To make sure the South’s momentum was slowed down, Alexa Ford added a late goal in the quarter to put the North up 12-9 heading into the final quarter.

The North was held scoreless fourth quarter, as the South scored a little over two minutes in courtesy of Elissa Mueller (Poway). The next goal didn’t come until near the four minute mark, as Olson netted her third goal to cut the North’s lead down to 12-11.

With 2:30 remaining, the South eventually forced a turnover and got the ball to Sophia Cloyer on the fast break, but her shot hit the crossbar, which had the entire stadium letting out a unisonned state of shock. Eventually, the North reclaimed the ball and wound down the clock, giving them the victory.

The Adrenaline All-American game celebrated its 10th year of having the annual summer event after, the Covid-19 pandemic cancelled last year’s game.