Nick Puglia is the Athletes Choice Workhorse of Week 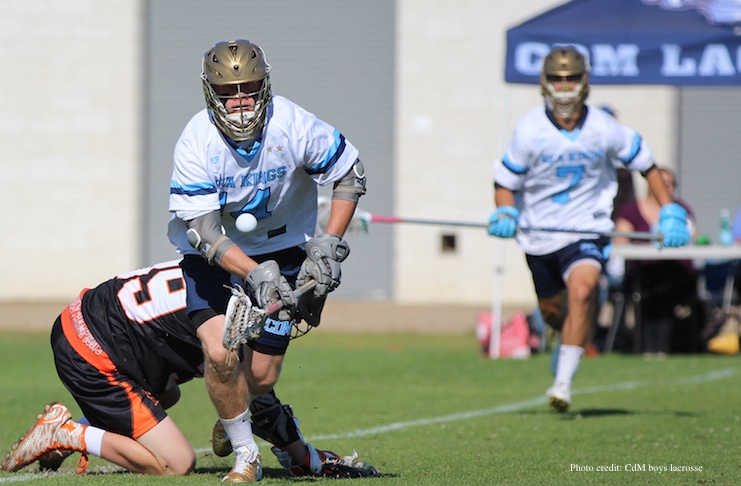 No Orange County lacrosse player had bigger shoes to fill this year than Puglia.  Following the graduation loss of Player-of-the-Year Jason Simaan (now at Brown), it was Puglia’s turn to take over at the dot and get the Sea Kings their possessions.   Puglia has responded to the challenge admirably and is one of the big reasons why CdM has made it the County semi-finals for the sixth consecutive season.

Puglia’s impact on the Sea Kings extends beyond his ability to win faceoffs.  Puglia is a true Workhorse who leads by example with his work ethic and dedication to his craft.

“Nick works incredibly hard”, CdM assistant coach Brendan Fowler said via text message. “He’s stepped into some huge shoes with Jason Simaan leaving and has done a fantastic job at the X.  He has worked a ton on his hand speed, footwork, and exits all fall and spring.  He works hard in the weight room and does some extra conditioning at practice so he is strong for the 4th quarters of games.  Great kid, and an awesome leader for our team.”