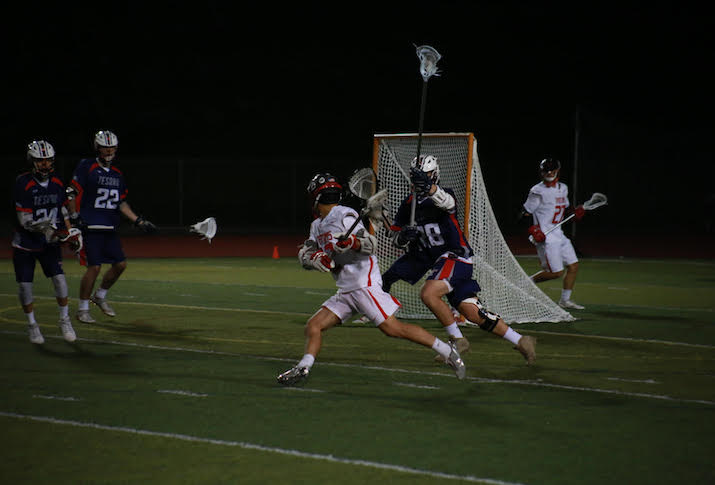 Costa Mesa – The No. 5 San Clemente boys lacrosse team looked like a championship contender Tuesday night, blitzing No.10 Newport Harbor 20-4.  The Tritons (2-0) were led by Nick Lemus who had five goals and four assists. Liam Nelson had four goals and Matt Keany and Branden Wilson had three goals apiece for the winners.

“We came ready to play. We went out there and did our job,” San Clemente coach Brendan Finnerty said.

From the opening faceoff, San Clemente controlled both ends of the field.  The Tritons burst out to a 7-3 first quarter lead and just continued to extend the lead from there, allowing the Sailors just one more goal.

Finnerty said the Tritons are deep this year, and they proved their depth by holding Newport Harbor without a goal in the second and third quarter.

“We just need to play the game we know and worry about us more than the other team,” Finnerty added.

The Sailors were led by Patrick Lynch who had two goals.

“They’re a very talented team, but we’re a better team than what we showed tonight,” Newport Harbor coach Mark Todd said. “We’ve got good kids, but we need to get better in a short amount of time.”

San Clemente opens South League play in their next game, which is next Friday at home against El Toro at 5:30 p.m. Newport Harbor plays St. Francis on Saturday at 1 p.m. at Estancia High School.