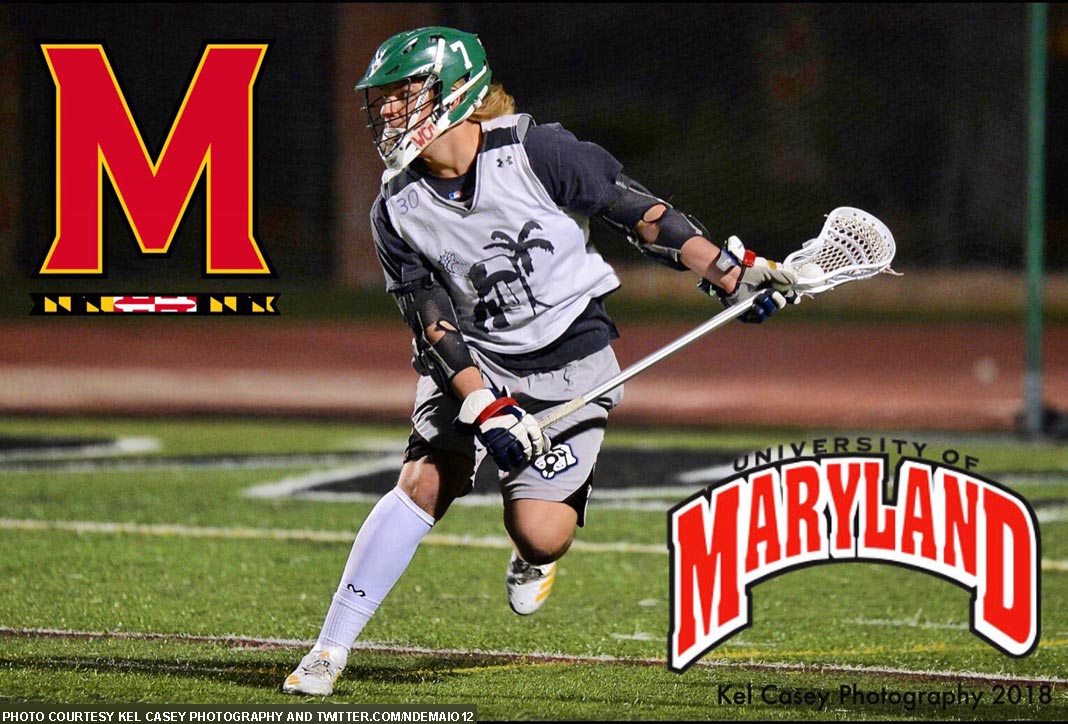 Coronado alum Nick DeMaio, a versatile left-handed attack/middie, announced last week he will leave his post-graduate year at Avon Old Farms early and enroll at Maryland for the spring semester.

During the fall semester at Avon Old Farms, DeMaio said he withdrew his commitment from Boston University and began looking at other schools.

“In October, I had visited a few schools, including Maryland,” DeMaio said via email. “It was at that point I decided to make a change in my commitment. Although I was not sure where I would end up at the time, Maryland was always at the top of my list.”

Blessed and excited to be attending the University of Maryland in January to play lacrosse and further my education, I wanna thank everyone that has helped me in this process #bethebest #goterps pic.twitter.com/YdevKG1R9V

He will join his older brother, Anthony DeMaio, at Maryland. The two played together at Coronado until Anthony graduated in 2016. He later enrolled at Maryland midway through the 2016-2017 school year. After redshirting that spring, he appeared in all 18 Maryland games last spring, scoring 13 points. Nick DeMaio said the opportunity to play alongside his brother again was a big factor in his decision.

“It was a big reason,” he said. “We have played together our entire lives. We both make each other better players all around. I think with the new shot-clock rule, our style of play will benefit us both on the field.”

Of course, there were far more than family ties at work as Nicholas DeMaio eyed his ultimate collegiate destination, and Maryland was always a potential destination.

“The coaching staff is great, and Maryland has everything I need academically,” he said. “The program has so much history and is special. Most of all, the opportunity to compete for a national championship every season is really appealing to me. I have always wanted to play at Maryland, and after visiting the school, it made me feel better and more excited for the change. It has always been a dream of mine.”

Although he never had a chance to play lacrosse at Avon Old Farms, he credits his decision to start his post-high school career at the prep school with helping him get to Maryland.

“Avon Old Farms was great,” he said. “I enjoyed my time there and appreciate what that experience did for me as a student and person. We had a little bit of fall ball [lacrosse], but most of my focus was on school and improving my grades. I did play ice hockey the past month, a sport I loved growing up. The goal of going to a year of prep school was to improve my academics so I could get into a good college. When Maryland said they wanted to accept me and to enroll in January, I took advantage of the opportunity.”