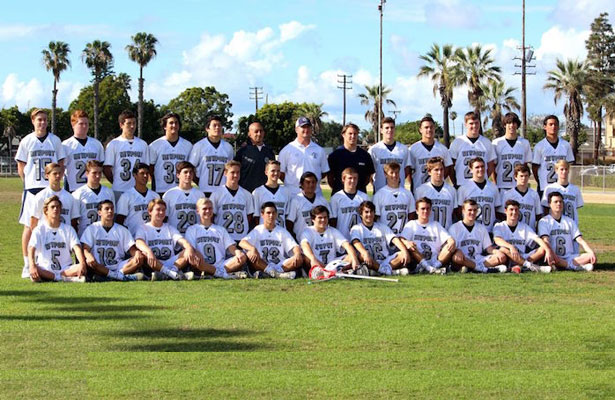 Keeping with the pattern that was established on Big Game Friday,  No. 12 Newport Harbor beat No. 11 Los Alamitos in a low-scoring, tightly-contested game to extend their winning streak to seven straight games and take control of the Sunset League. Down 2-1 at halftime, the Sailors scratched out a 3-2 lead in the third quarter and were able to create some separation in the fourth quarter to seal the deal on a 6-4 win.

The turning point in the game began at  about the 7:40 mark of the second quarter when the Sailors, down 2-1 at the time, were hit with consecutive penalties putting them two men down, including a two-minute non-releasable.  The Sailors man-down unit withstood the Los AL pressure, and with a little help from the cross bar, kept the Griffins scoreless. Once the penalty ended, Chandler Pearce tied the game and less than a minute later Alex Fuller gave the Sailors a lead they would never relinquish.

Fuller lead the Sailors with three goals, Pearce, Wyatt Devine, and  Dane Flinn all added single goals for the Sailors. Junior Johnny Jasper had eight saves including three clutch ones in the fourth quarter when the game was on the line.

The Sailors are now 6-0 in league play, and with the season sweep of Los Al, need only to beat Huntington Beach or Edison to capture the Sunset League title outright.  They may also have received the boost that they need to improve upon their current No. 12 position in the polls.