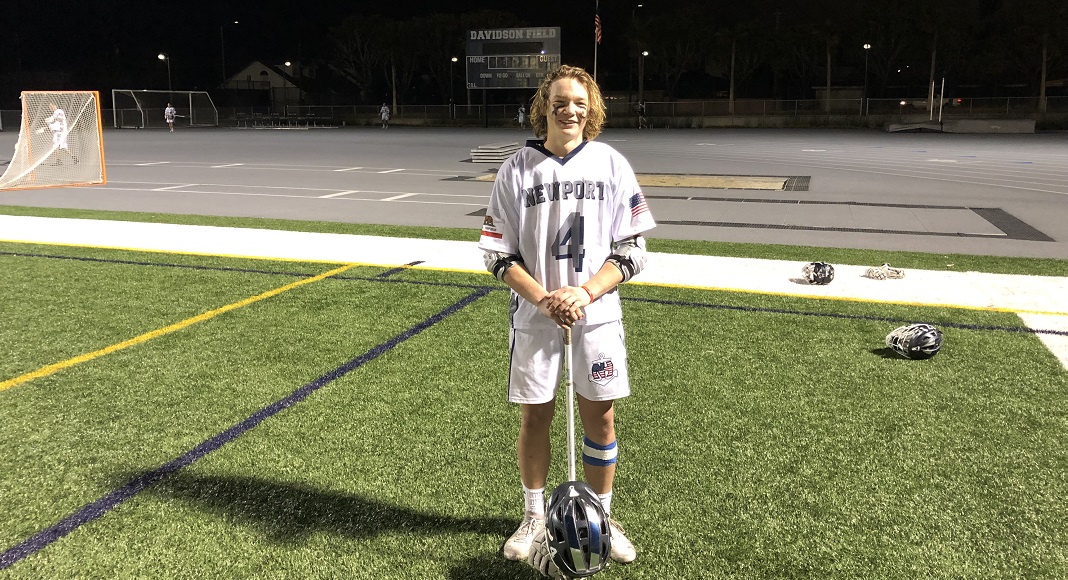 NEWPORT BEACH — Even a brief blackout late in the third period Wednesday couldn’t dim No. 13 Newport Harbor, which lit up visiting No. 7 San Clemente for nine goals in the second and third periods en route to a 13-9 victory.

The stadium lights went out with 3:33 to play in the third and the Sailors leading 11-5, causing a 20-minute delay. Newport made it 12-5 after the blackout and led 12-7 going into the fourth quarter.

“We played a lot better than we did last year [in a 15-7 loss against San Clemente],” Goltz said. “Honestly, we just played better as a team than we ever have.”

Goltz scored the Sailors’ first three goals, helping keep the teams even at 3-3 in the second quarter. The Tritons took a 5-3 lead, but the Sailors began to shine, rattling off five in a row to take an 8-5 lead into halftime.

After the blackout and the Sailors’ 12-7 advantage, the Tritons scored twice to make it 12-9 in the fourth quarter, prompting a Newport Harbor time out. But the Tritons got no closer. Rhett Farmer added another goal for the Sailors, who celebrated their first win of the season after a long two hours.

“I think the key to today’s game was our second-quarter surge,” Sailors coach Mark Todd said. “We had good slides to their [San Clemente’s] offense.”

For the Tritons, Liam Nelson led the way with five goals, and Luke Lemus scored three. Jake Brannon chipped in a goal for the Tritons, who got five saves from Eugene Kang.

“They’re a much better team than their record shows,” Todd said of the Tritons. “They improved their offense from what they were against Santiago.”