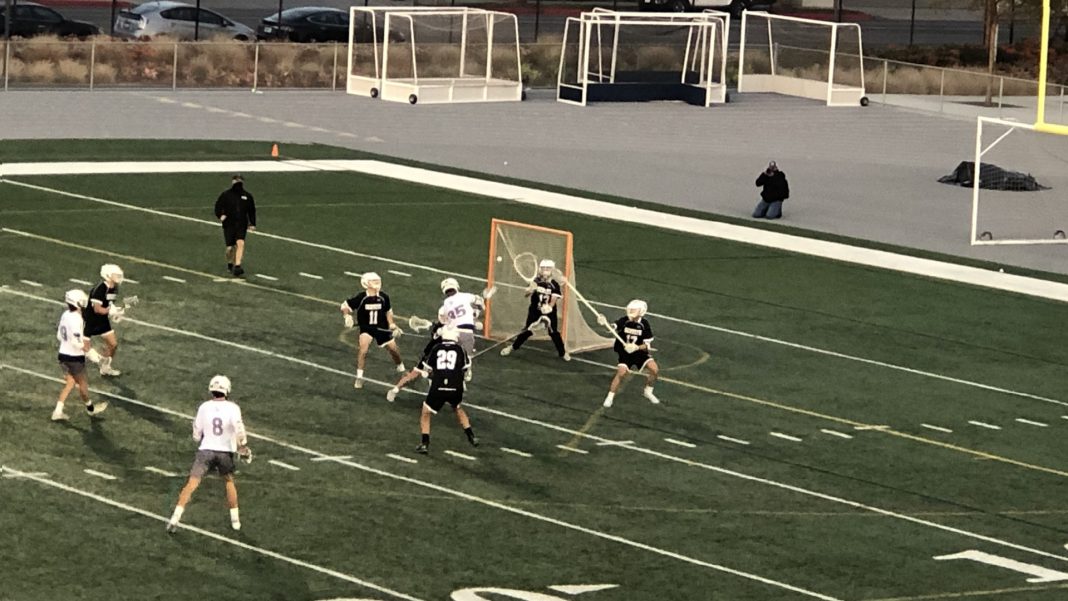 The Newport Harbor boys lacrosse team improved to 3-1 on the young season, defeating Servite 10-6 on Wednesday at Newport Harbor High School. The Sailors started strong, scoring the first seven goals of the game, and then fought off a Servite comeback attempt to secure the W.

Will Patterson led the way for the Sailors with three goals and two assists while Aidan Brutman also added three goals. Cash McVay and James Prado scored two goals each to lead Servite.

The Sailors started the game scoring the first four goals, leading 4-0 after the first quarter. The lead grew to as big as 7-0 in the second quarter. Cash McVay ended the Friars’ drought at the 10 second mark of Q2 to make the halftime score 7-1 and give the Friars some confidence entering the second half.

The plot thickened in the second half as the Sailors experienced their own scoring drought, and Servite chipped away at the lead and turned up the defensive pressure.

Servite stayed in the game due to defensive pressure on the Sailors, finding ways to keep the ball out of their stick. Goals courtesy of Prado and Matt Greenlee cut the Newport Harbor lead down to 7-3 after three quarters.

McVay scored the first goal of the fourth quarter after the Sailors turned the ball over on a crease violation and suddenly the lead was down to 7-4. With the score at 8-5, Newport Harbor found some breathing room, as Charlie Durante and Brutman scored goals to help them reach double digits for the third time and solidify the win.

“I think we just really failed to execute in the first half overall. It’s a 5-3 second half for us, it’s been that way for the past two games and we seem to find the energy, drive, passion and motivation in the second half. We’re just slow out of the gate,” Friars coach Tom O’Leary said.

Mason Williams, AJ Brown and Cooper Hempstead teamed up to win 18 out of 23 faceoffs.

“I was very impressed with our ‘three-headed monster’ and they’re actually doing what they’re supposed to now. They’re communicating, which is key to their success,” Todd said.

The Sailors (3-1) will get some time for their players to heal and rest up, as their next game is Wednesday at Santa Margarita at 5:30 p.m. The Eagles opened up their season with a 8-7 victory over Yorba Linda.

“They’ve always been tough,” Todd said of the Eagles. “We have to tighten up our stick skills a bit. A lot of these boys have been banged up.”

The Friars (0-3) will look to get their first win of the season, as they play at Tesoro on Saturday at 1 p.m. O’Leary knows that the Titans aren’t going to underestimate his team despite their record.