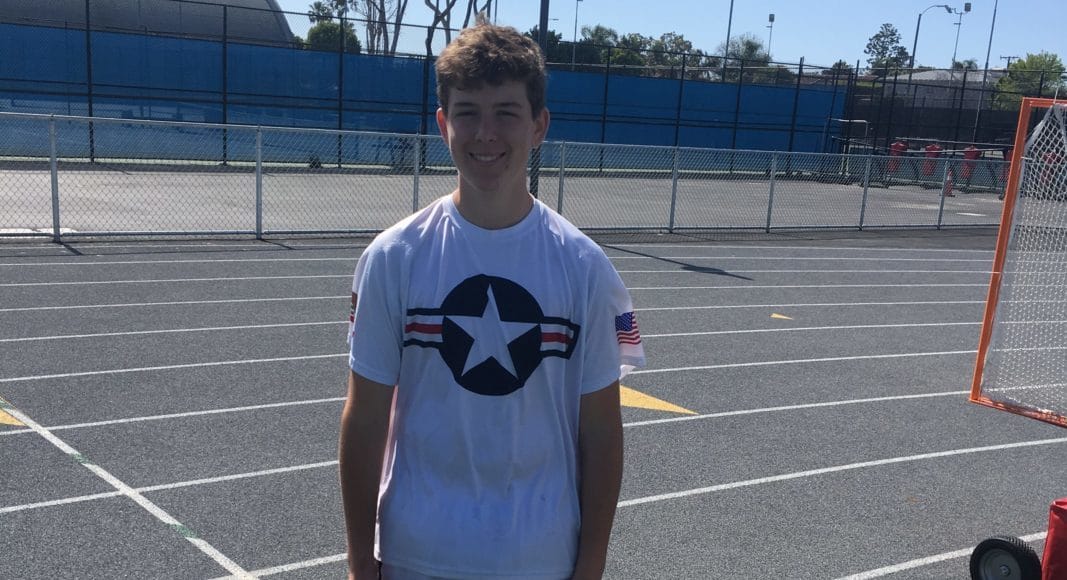 Newport Beach – The Newport Harbor boys lacrosse team used a strong first half and never looked back, as the Sailors beat Murrieta Mesa 13-7 on Saturday at Newport Harbor High School.

“Our boys are getting enough practices in and we’re practicing our offense a little bit better together and they’re beginning understand where the looks are in the offense,” Newport Harbor coach Mark Todd said.

In addition to the offense, the defense was strong for the Sailors’ too. The Sailors held the Rams scoreless through the first half. Another key to the Sailors’ success was that they dominated the faceoffs.

The Rams’ first goal didn’t come until the 8:11 mark of the third quarter when Nick  Whitall scored.

While Todd was happy that his team played well against Murrieta Mesa, he thinks his team needs improvement, especially since it has a big week ahead of them in terms of the Sunset League.

“We need to focus on what we do. Not be too much concerned what the other teams do, but if we do what we know what we’re supposed to do, we’ll be fine,” Todd said.

Whitall led Murrieta Mesa in scoring with four goals while Preston Jaurequi added two goals. Mikail Byun and Austin Sandvig had one goal apiece for the Rams, which received 13 saves from Joseph Stricklin. According to Rams’ coach Charlie Arthur, Murrieta Mesa had some players missing due to the fact that it was spring break.

Up next for Newport Harbor (5-5) a Sunset League road game against Edison on Wednesday at 7 p.m. Murrieta Mesa (6-2) plays Valley Center on Wednesday, April 4.

Fun Fact: Newport Harbor won its first Saturday game of this season and its first since last season, when it beat St.Francis on March 11, 2017.