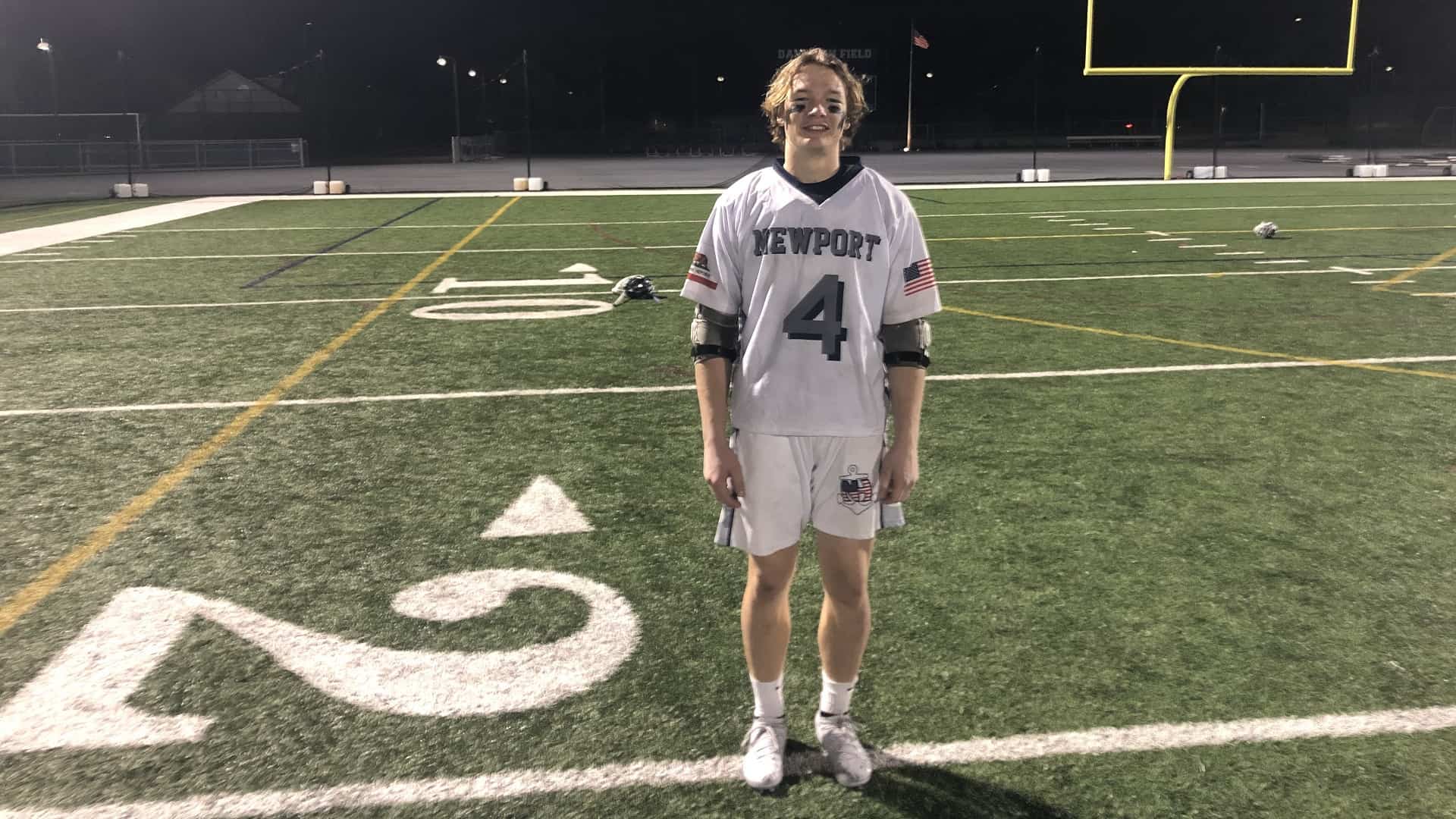 Aidan Goltz (pictured) led the Sailors with five goals while Will Patterson, Bennett Cox and Hutton Wooters each had two goals. Rhett Farmer, Jackson Sawall and Michael Morrison found the back of the net once.

Newport Harbor wasted no time getting on the board, as Morrison won the opening faceoff and found Cox who scored the first goal of the game. The Sailors added four more goals in the quarter, giving them a 5-0 lead after the first period.

The Sailors stretched their leadup to 8-0 after Goltz scored at the 6:22 mark, but 19 seconds later, Cole Pollard got Tesoro on the board to make the score 8-1.

Nolan Woodward started to give the Titan faithful some hope scoring almost a minute after Pollard’s goal, but Morrison scored off of a pass from Wooters to give the Sailors a 9-2 halftime lead.

Todd warned Tesoro’s future opponents about drawing too many conclusions from tonight’s score.

“I think Tesoro had an off night. I think they’re better than what they showed and I think any team playing Tesoro should not underestimate them,” Todd said.

Pollard led the Titans with two goals while Woodward had one. Goalies Jackson Brady and Lucas Zelaya split time between the pipes and accumulated eight and three saves, repspectively.

“We kind of shot our self in the foot all game from our offense all the way down to our defense. You can’t take the 15-year old boy out of the 15-year old boy, but we can work on the things that we need to achieve our ultimate goal, which is to win league,” Titans assistant coach Trent Jones said.

Up next for the Sailors (3-1) another South Coast League opponent, as they’ll play at San Clemente on Thursday at 7 p.m. For the Titans (3-3), their next game is Friday at Yorba Linda at 7 p.m.