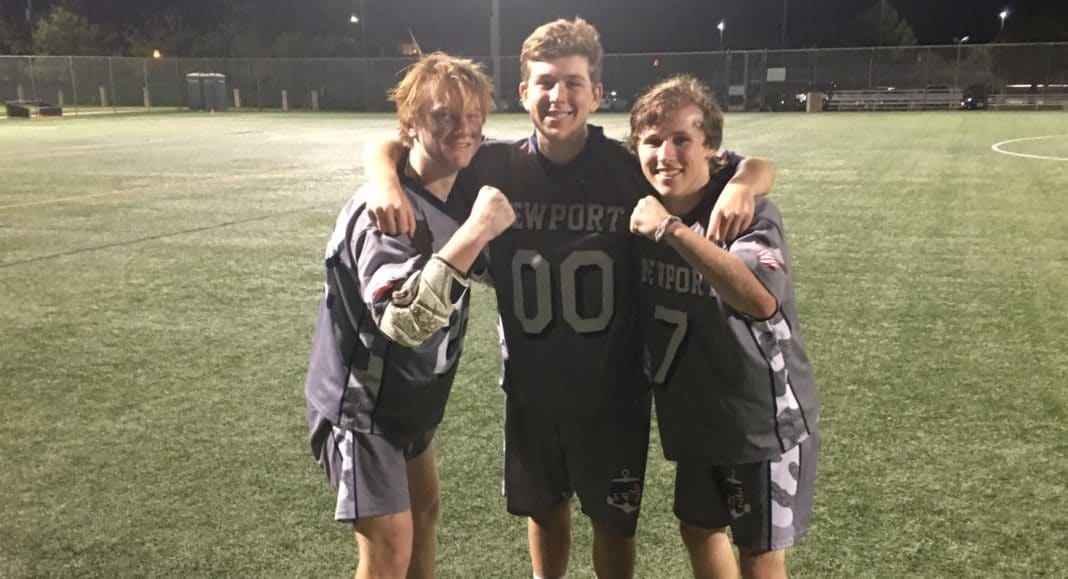 Huntington Beach – The visiting Newport Harbor boys lacrosse scored three goals in the final two minutes to erase a 5-4 deficit and steal a 7-5 win from Huntington Beach in the Sunset League opener for the Sailors.

“I was kind of wondering where we were. The conversation with the team this week was, ‘don’t wait for your teammate to be the hero, find the hero within,'” Newport Harbor coach Mark Todd said.

The game got off to a slow start, as it took more than seven minutes to get the zeroes off the scoreboard and each team could muster only one goal in the first half.

The third quarter went back and forth, with the Oilers taking the lead only to have the Sailors tie it. The two went into the fourth quarter tied at 4-4.

Huntington Beach took a 5-4 lead when goalie Grady Mercier helped himself with a deep pass to Donnie Schulte who found an opening. The Sailors tied it 5-5 thanks to Joe Fuller getting the go-ahead pass from teammate Rhett Farmer.

With 1:58 remaining in regulation, it looked like the Sailors were heading into overtime. But 13 seconds later, Race Mooers was able to score for the Sailors, which also got an insurance goal 30 seconds after from Fuller to put the game out of reach and to give the Sailors their first league victory.

“The boys rose to the occasion. They realized what was at stake and they stepped up and did what they needed to do,” Todd said.

Fuller and Farmer led the Sailors with two goals apiece while Mooers, Aiden Goltz and Zach Quinonez each had one goal apiece. Garrett Rovazzini made seven saves for Newport Harbor.

Schulte led Huntington Beach with three goals while Jacob Alkire and Tyler Alexander had one goal apiece. Mercier made 14 saves for the Oilers.

“The biggest thing is playing full four quarters. Lacrosse is not three quarters and there’s a reason why. We just got to understand that we got to cherish each possession, especially that last one,” Lacy said.

The two teams will meet again on Friday, March 30 at Newport Harbor.