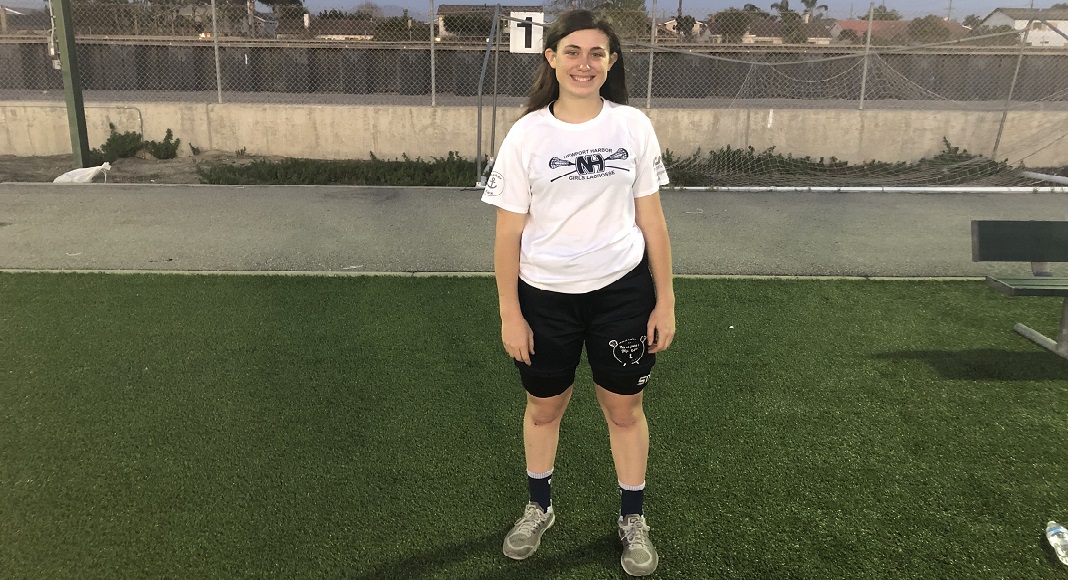 The Newport Harbor girls lacrosse team clinched at least share of the Sunset League title with an 8-6 win over Edison on Thursday at Edison High School.

“Willa improves every game. Every game is her best game. She never gives up and she’s improving every day in practice,” Sailors coach Brooke Martini said.

The game was somewhat of a homecoming Edison head coach Rob Hendrix and his assistant Jeff Newman. Both formerly coached at Newport Harbor and still have maintain bonds with many of the Sailors.

“When they [Newport] arrived, I probably got a dozen hugs from all these girls. They helped us start this program. We’re really excited about this,” Hendrix said.

As for the game itself, the Sailors opened up a 7-1 halftime lead on Edison. But the Chargers, who are in their second season as a varsity team, scored the second half’s first three goals, cutting the Sailors’ lead down to 7-4 two minutes and 25 seconds into the second half.

Ali Bryant’s free position goal made the score 7-5 at the 14:16 mark, but the Sailors answered five minutes later, as Miller scored the Sailors’ only goal of the second half, giving them an 8-5 lead.

Bryant added another goal making the score 8-6 and almost made it 8-7 off of a free position shot. But Rath made a huge save, and the Sailors were able to recover and run the clock down.

“It [playing against Edison] was so much fun because they [Hendrix and Newman] got to see [my] freshman year and now. They gave me basis of lacrosse that has opened so many doors for me,” Knipp said.

Newport Harbor went into Thursday’s game without standout Reese Vickers, who is out the rest of the season with a torn ACL. The Sailors, who play No.1 Foothill at home on Saturday, could also be without Knipp (knee), Kenney (knee) and Zoey Palmquist (ankle) who all suffered injuries on Thursday as well.

“We’re just going to have to move some people around and push through the adversity as best as we can,” Martini said.