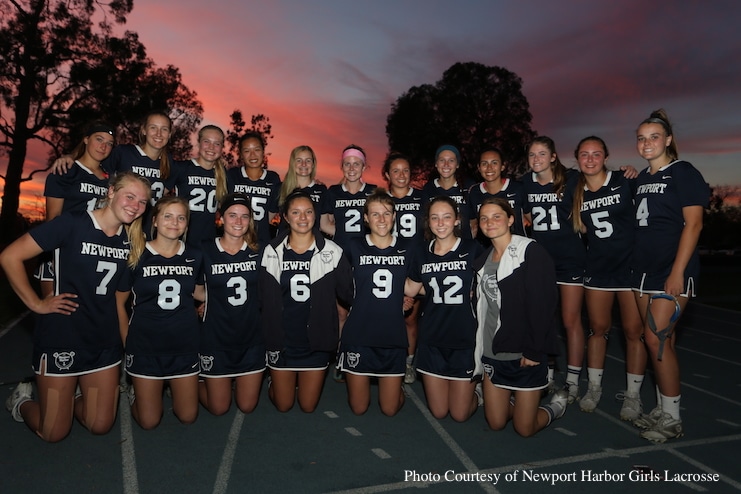 Temecula – There was no “Battle of the Bay hangover” for the Newport Harbor girls lacrosse team, as it beat host Great Oak of Temecula 13-4 on Tuesday at Great Oak High School.

The Sailors (8-3), coming off of a big 9-7 win over Back Bay rival Corona Del Mar, were led by Katie Hendrix, Caroline Farley and Laura Tran who each had three goals. Sarah Farley had two goals while Adena Rothbard and Lysie Kenney each added one goal apiece for the Sailors. Goalie Jade Rettig had six saves for Newport Harbor

The Sailors were never in any danger, as they led the Wolfpack 9-0 in the first half at one point and were on the verge of a shutout. A goal from Sydney Simpson in the last minute of the first half ended the shutout bid.

It’s been a very good three weeks for the Sailors, which don’t have anymore games this week. The Sailors have now won five in a row and are now ranked third in Orange County. The ranking is said to be the highest in Newport Harbor girls lacrosse history.

Great Oak’s next game is Tuesday at home against Hemet at 7:30 p.m.