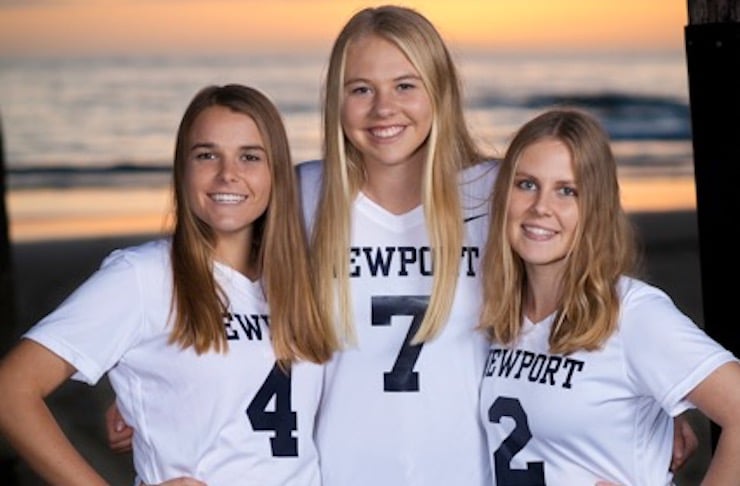 Head Coach Matt Armstrong announced that seniors Katie Hendrix, Sarah Farley and Jill Rosten have been selected to captain the Newport Harbor girls’ lacrosse team in the 2017 season. The three captains helped the Sailors advance to the Southern Section semifinals.

Hendrix, a senior midfielder, is a four-year varsity player, a two-year captain, and a two-time member of the Orange County National Team.  She has committed to Arizona State University. “Katie is a ‘complete’ lacrosse player who makes an impact in every phase of the game,” Armstrong said.

Farley, another senior midfielder, is a three-year varsity player who has committed to Belmont-Abbey College. “She is at all times a scoring threat with a lethal shot, deceptive quickness, and a tendency to make the clutch play,” Armstrong said.

Rosten, a senior defensive players, is a two-year varsity player who has been a natural leader in the Newport Harbor program since her freshman year, according to Armstrong. “She is a one-on-one specialist who will anchor the Sailor defense in 2017,” Armstrong said.