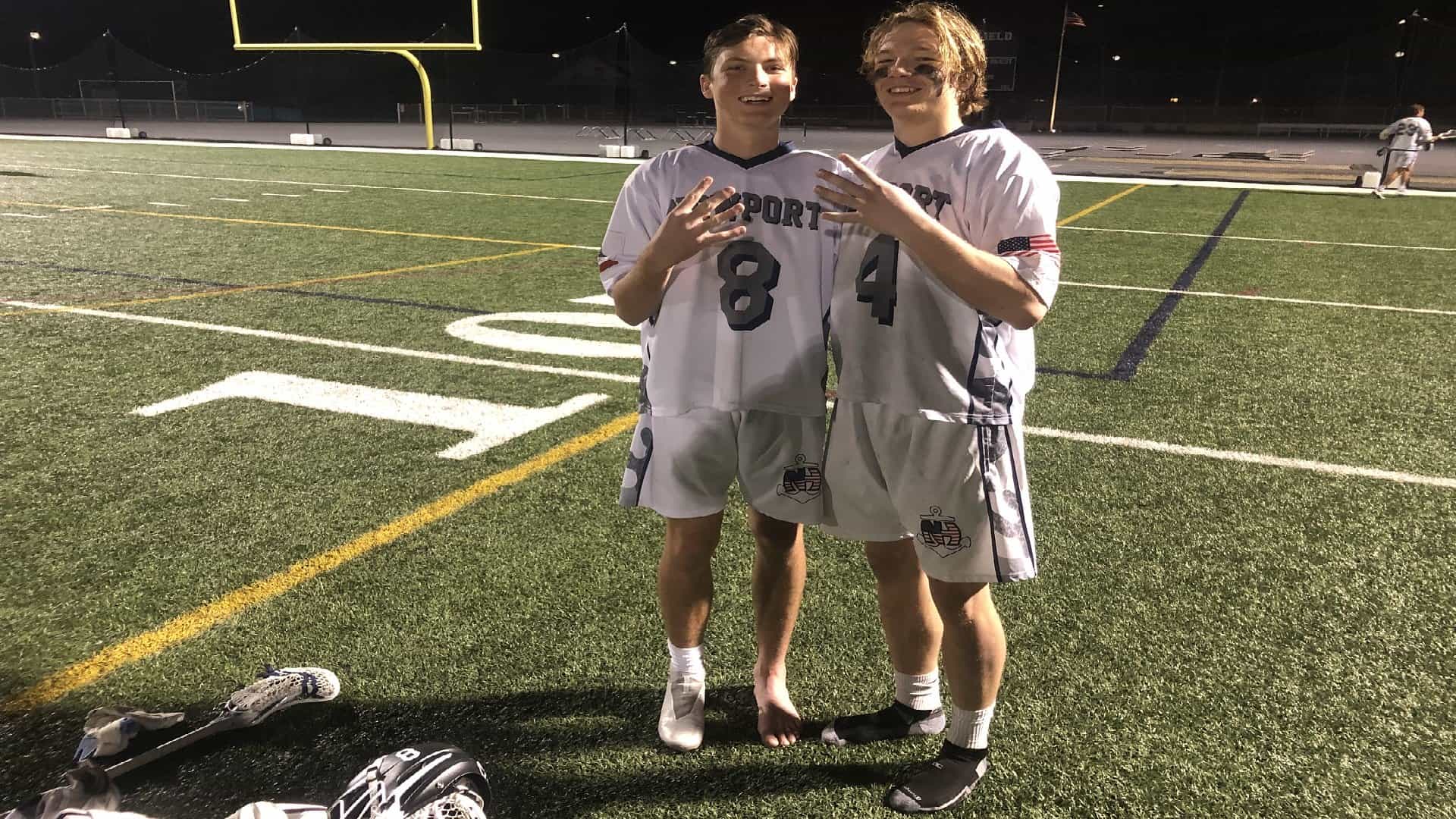 The Newport Harbor boys lacrosse team broke a 9-9 tie in the fourth quarter by scoring four straight goals, giving it a 13-10 win over Santa Margarita on Friday at Newport Harbor High School.

“It’s nice to get a win [over Santa Margarita]. They’re a good team. They’re better than their record,” Sailors coach Mark Todd said.

The Sailors never trailed against the Eagles, but they couldn’t pull away from them early on. With the score tied at 1-1, goals by Barnes and Patterson gave them a 3-1 lead in the first quarter. But late in the quarter, Santa Margarita capitalized on a Newport Harbor turnover, as Connor Kentros scored to cut the Sailors’ lead down to 3-2.

Matt Messier tied the game at 3-3 at the 7:55 mark of the second quarter, but Newport Harbor answered with goals from Owen Brosnan and Morrison, giving them a 5-3 lead. Just like late in the first quarter, the Eagles scored late with less than 10 seconds left, as Corbin Feathers raced down the field and hit Chad McFadden with a perfect pass, which saw him score, as the Eagles only went into halftime down 5-4.

The third quarter was back-and-forth as both team exchanged goals throughout the quarter. Santa Margarita tied the game with a goal from Messier at the 8:38 mark, but Barnes answered with a goal after the goalie was out of position, giving Newport Harbor a 6-5 lead.

Each time the Sailors led by one goal, the Eagles found a way to tie it back. With the game tied at 7-7, the Eagles appeared to have taken the lead, but the goal was waved off.

Instead, Goltz scored with four seconds left to give Newport Harbor an 8-7 lead, heading into the final period.

Patterson gave the Sailors a 9-7 lead at the 9:11 mark, but on the ensuing faceoff, Feathers won it, hit Messier with a pass and saw Messier score in the span of eight seconds. Santa Margarita tied the game at 9-9 20 seconds later after Kentros scooped up the ball and went down the field and scored.

But the Eagles got no closer, as the Sailors kept them off the scoreboard by controlling possession of the ball. Farmer scored his first goal of the game to give Newport Harbor a 10-9 lead at the 7:54 mark of the period.

Goltz and Morrison both added goals for the Sailors to give them a 12-9 lead at the 2:32 mark and seven seconds later, Farmer scored the eventual dagger to put them up 13-9. The Eagles didn’t score until the 1:26 mark where Kentros scored, but it was too late, as the game had been decided at that point.

“They’re [Newport Harbor] a good team, they play hard. We’re not a deep team this year and we have a lot of guys playing varsity for the first time,” Eagles coach Ryan Brent said.

Jackson Sawall and Brosnan both scored once for the Sailors. Todd said he was proud that his juniors such as Barnes, Patterson and Brosnan stepped up.

Messier led Santa Margarita with four goals while Kentros and McFadden each had three goals. Ryan Rodas made seven saves for the Eagles, who also got great defensive play from Kai Solomon (two caused turnovers) and two assists from Kentros.

Next up for Newport Harbor (2-1) a home game against Tesoro on Tuesday at 7 p.m. For Santa Margarita (1-2), it opens up Trinity League play at home against Orange Lutheran on Tuesday at 7:15 p.m.