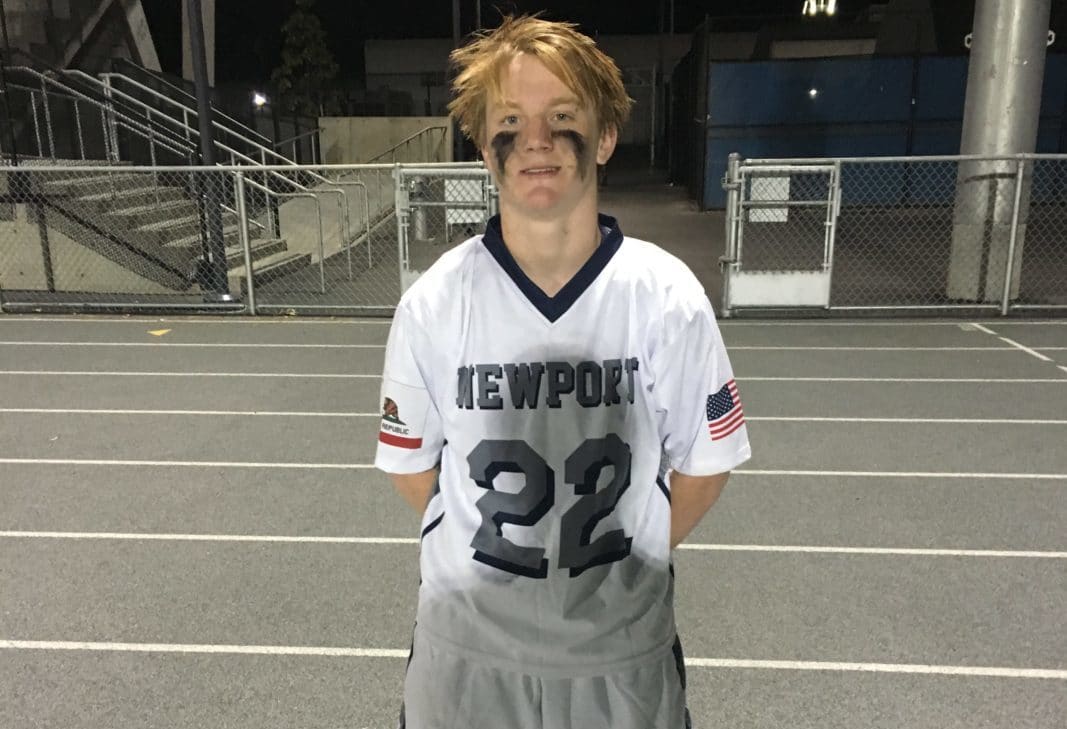 “We played more as one team tonight. We got the first game jitters out of the way and we played much more calm,” Sailors coach Mark Todd said.

The Sailors (1-1) were led by Rhett Farmer (pictured above) who had six goals. Zach Quinonez had three goals, Hunter Rouch and Bennett Cox each had two goals. Race Mooers, Joe Fuller and Hutton Wooters had one goal apiece. Sailors goalie Garrett Rovazzini was quiet between the pipes, as he only had two saves.

Todd said that Farmer was disappointed in the way he played in their first match of the season against Servite, a 6-5 loss on the road.

“I just kept my head up [after Saturday’s game]. I had good teammates bringing me up like Joe [Fuller] and [Hunter] Rouch. Just always getting that positive attitude up,” Farmer said.

For El Dorado (0-1), its two goals came from Angel Puentes and Preston Oronoz. Joshua Stephenson had 15 saves for the Golden Hawks. One of which came on a one-on-nobody situation.

The Sailors are coming off of a year where they missed the playoffs for the first time under Todd’s helm. The Sailors went 4-4 in the Sunset League, finishing in fourth place in the five-team league, their worst finish in team history.

Todd said his team is fairly young but is optimistic that it can get back into the playoffs. As Always Todd is challenging his team with a difficult schedule.  The Sailors face seven Top 20 teams in the first four weeks of the season. They already got a taste of how tough their schedule can be against No.7 Servite.