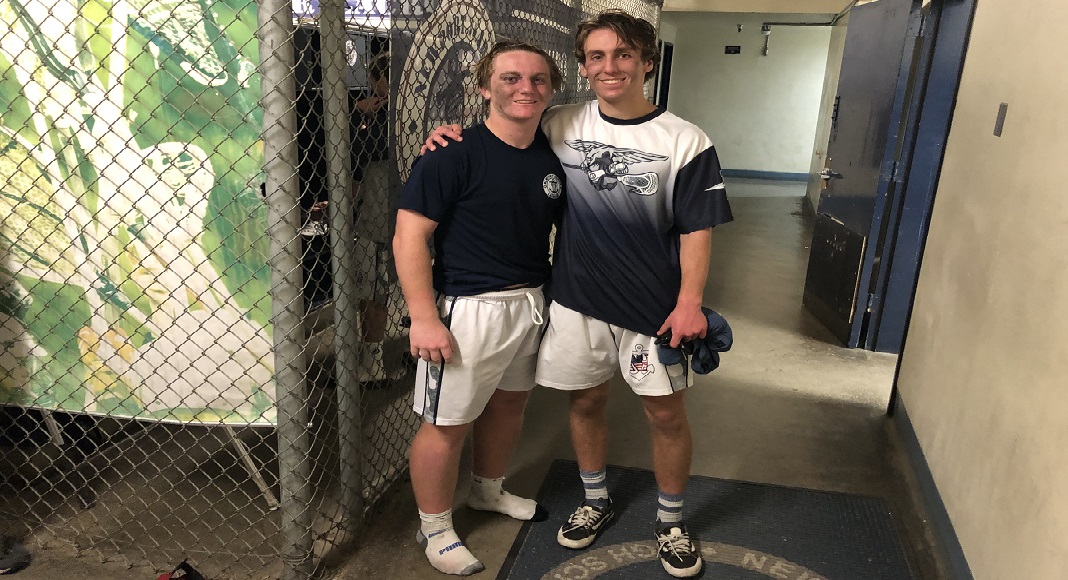 The Newport Harbor boys lacrosse team overcame a four-goal deficit to beat Edison 13-11 on Wednesday at Newport Harbor High School.  It was the Sunset League opener for both teams.

In a game full of runs, the Chargers started the game off on a fast note, scoring the first three goals. After the Sailors bounced back with three of their own, Dom Rehak sized the momentum back for the Charger when he scored off of a spin move to put the Chargers ahead at the end of the first quarter.

The second quarter started off on a familiar note with the Chargers scoring the first three straight to guild an 8-4 lead. But the Sailors were able respond with two goals to cut Edison’s lead down to 8-6 at halftime.

“The adjustments at halftime was running our offense more disciplined, keeping our heads up when driving to the goal, sliding early on defense, applying pressure on our riding and clearing game and we talked about improving our shot selection,” Sailors coach Mark Todd said.

The Sailors started the third quarter hot, scoring the first four goals of the quarter and led 10-8 at one point. The Chargers ended their drought thanks to a goal from Paul Hallstrom and only trailed 10-9 after the third quarter.

The Sailors and Chargers went back-and-forth in the final frame. Edison continued to pressure but could never get any closer than a one-goal deficit.  Newport Harbor hung to claim the 13-11 victory.

“Credit to Edison. Edison is a very athletic team,” Todd

For Edison, Tyler Timmons led the way with four goals while Hallstrom and Trevor Ambrose each had two goals apiece. Lorenzo Perdomo, Drake Choi and Rehak each had one goal for the Chargers, who got 12 saves from Matt LaFerrier.

“I think it’s part of the learning evolution, we’re learning how to play with a lead against a tough team. we’re going to better the next time,” Chargers coach Dieter Nemes said, adding that he was proud of his team’s energy.

Both teams return to Sunset League action on Friday. Newport Harbor (3-6, 1-0) plays Huntington Beach at home while Edison (4-2, 0-1) is also at home against Marina.