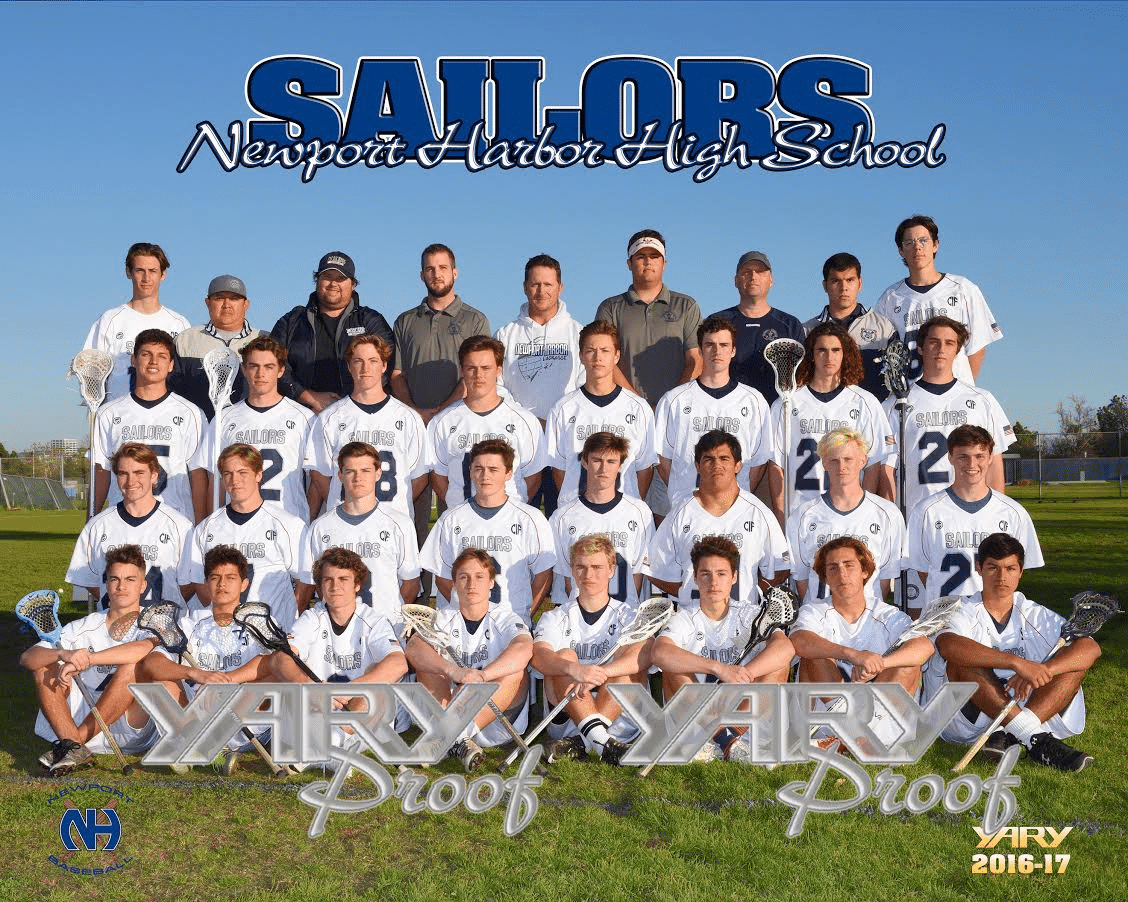 Costa Mesa – For the second time in the last two weeks of the season, Newport Harbor put a silver lining on a disappointing season by playing the role of the spoiler.  One week after derailing Edison’s run for a league championship, the Sailors terminated Los Alamitos’ championship hopes.

In the last game of the 2017 regular season for both teams, the Newport Harbor boys lacrosse team stirred up a lot of drama in the Sunset League with a 13-10 victory over the Griffins. Huntington Beach, which started the week ranked No. 18, is the outright Sunset League champion.

Despite ending the regular season with a 7-3 loss to No.9 Mater Dei, the Oilers’ league championship guarantees them a playoff spot.  No.15 Griffins, No.14 Edison, and No.20 Newport Harbor must now wait and see while the coaches and selection committee determine their playoff fate.

But for Los Alamitos, it was dealt a huge blow against the Sailors, which finished in fourth place at 4-4 in the Sunset League. Had the Griffins won, they would’ve been the Sunset League champions and would’ve automatically made the playoffs.

“Our guys didn’t play their best lacrosse. I would go as far as to say that this was their [Newport Harbor’s] best game of the season,” Los Alamitos coach Tim Fox said.

A hot start from the Sailors didn’t benefit the Griffins, as they allowed the Sailors to score the first three goals of the game. Los Alamitos didn’t get on the board until the 1:01 mark, but two quick goals left them with only a 3-2 deficit after the first quarter.

Each time the Griffins got close to Newport Harbor’s lead in the second quarter, the Sailors answered back. Eventually, Newport Harbor led 7-4 at halftime.

“I think we [Los Alamitos] went into it [the game] underestimating Newport [Harbor], thinking that it was going to be an easy game, but they just got the better of us,” Matt Fanelli said.

The Griffins got as close as two in the beginning of the third quarter, but no closer, as the Sailors distributed the ball to a variety scorers able to find the back of the net in the second half. Another key factor for the Sailors was that they kept the ball on offense throughout most of the game. Fox said the Griffins spent a lot of time on defense and that ground balls and time of possession hurt his team.

“I take nothing away from Newport Harbor. Their record doesn’t show it, but they are a great great team,” Fox said.

The Sailors were led by Patrick Lynch and Alex Pearce who had four goals apiece. Kyle Duffy added two, while Zach Quinonez, Jared Rabin and Conor Houlihan had one goal apiece. Chandler Pearce had three assists while goalie Dean Carden had seven saves.

One thing is certain for the Sailors, they’ve played their last game at Estancia. Newport Harbor will be able to play its games at Newport Harbor High School, as its field has been fully remodeled.

“I’m definitely looking forward to being back at Davidson [Field], having home field advantage and having our fan base really show up to our games,” Todd said.

The playoff seedings will be released today.