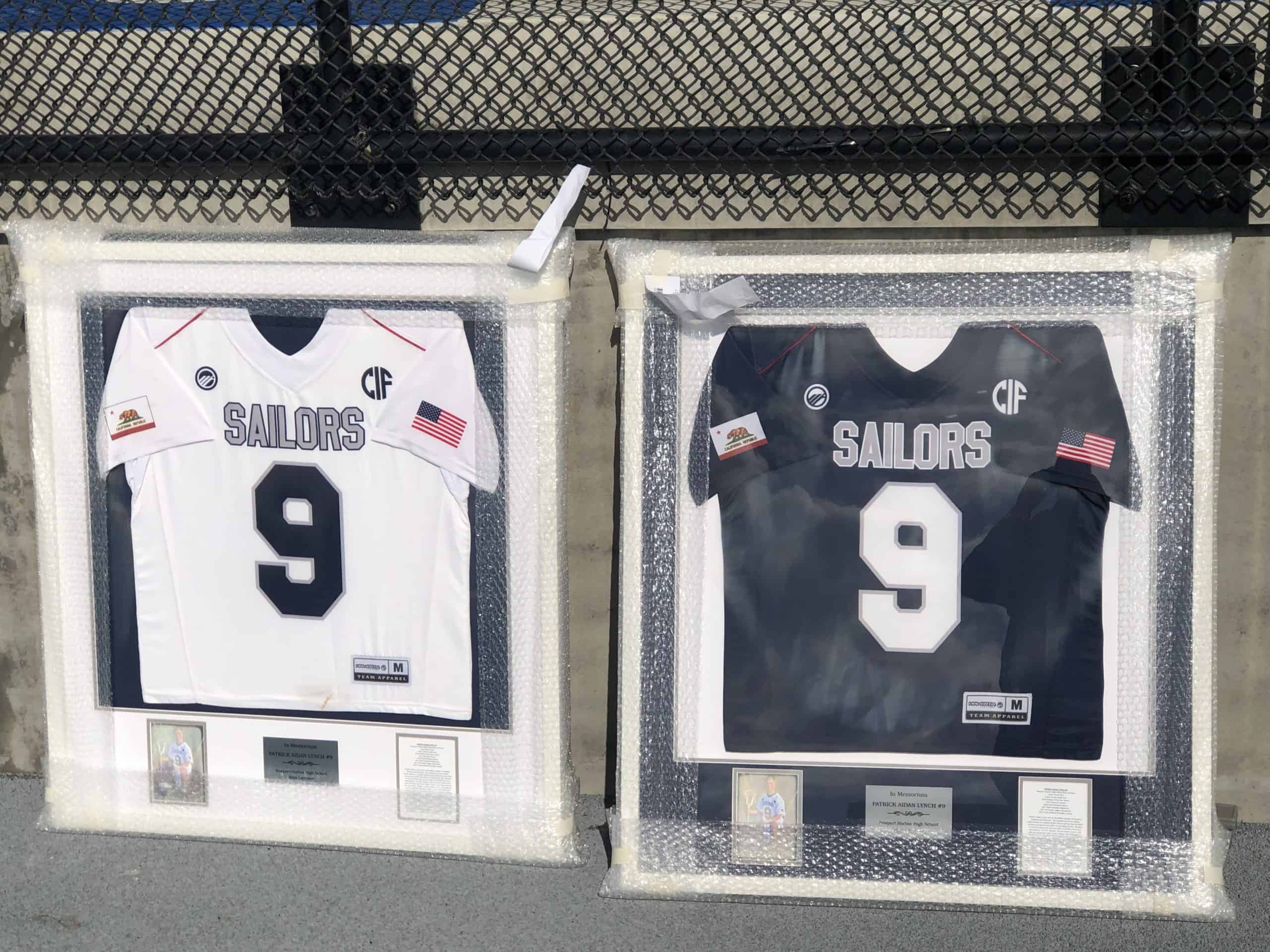 The Newport Harbor boys lacrosse alumni game on Friday was not like previous years. Prior to the game Sailors past and present gathered with family and friends to honor the memory of  former team captain Patrick Lynch (’17).

Sailors coach Mark Todd spoke with great admiration for the impact Lynch made to not only the program, but to other people.

“He (Lynch) was probably one of the best team players I’ve ever coached. He always checked in with not only the guys on [the varsity] team, but the guys on JV to see how they were doing,” Todd said. “He actually showed a sincere interest in their development and encouraged the younger guys to come along.”

In another tribute to Lynch, the Sailors retired Lynch’s jersey, which marked the first time the program has ever retired a jersey. The Sailors will also wear a no. 9 sticker on their helmets this season in honor of Lynch.

Race Mooers, a Newport Harbor graduate from 2018 and former teammate of Lynch’s, talked about how Lynch helped him in an emergency and that he was a true teammate.

“He was a huge part of the program, he was always the guy to go the extra mile,” Mooers said. “He even let me borrow his own cleats for a whole year because mine broke. Just real team player, a real great guy.”

Pat’s kindness will always be remembered, he was a great man.

Mooers, Alex Pearce (class of 2017), Jared Rabin (class of 2018) and Matt Buchanan each scored once for the alumni.

After the game, it began to rain, but not before the players enjoyed some pizza and reminiscing.