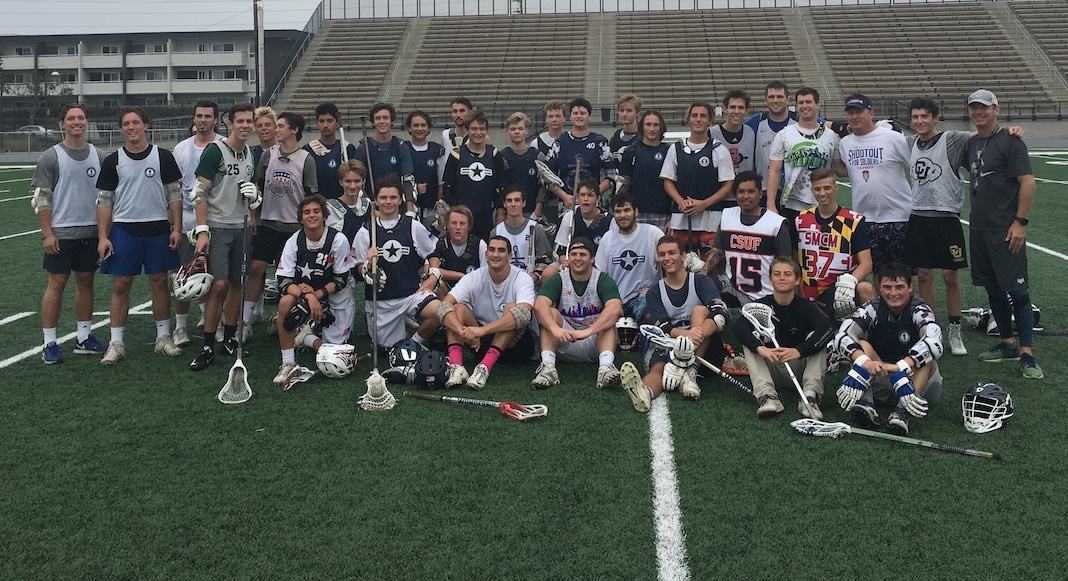 Over the Thanksgiving break, the Newport Harbor boys lacrosse team had its annual alumni game on Saturday, which marked the first time it got to play on its newly renovated field. No longer will the Sailors have to travel to Estancia High School in Costa Mesa to play their home games.

“The varsity players had the competitive drive, the JV players are still figuring it out,” Sailors coach Mark Todd said, mentioning that he had players from JV play with some of the varsity players.

The current Sailors allowed the alumni to score the first three goals of the game but then settled down, trailing 8-6 at halftime. The game was played with four 15 minute quarters with a running clock and no statistics or time outs were taken.

The current Sailors managed to tie the game at 8-8 at the end of the third quarter and took their first lead of the game at around the 6:30 mark. The Sailors led 10-8 at one point in the fourth and almost shut out the alumni in the second half, but a goal by the alumni brought the score to 10-9, which wound up being final score.

“I feel our defense was a bit weak, but our defense tightened up in the second half. We talked at halftime and we got things settled in,” up and coming senior Hunter Rausch said.

Todd joked with the alumni and told his current squad if they held the alumni to less than 10 goals they would win. The Sailors did just that, holding the alumni to just one goal in the second half.