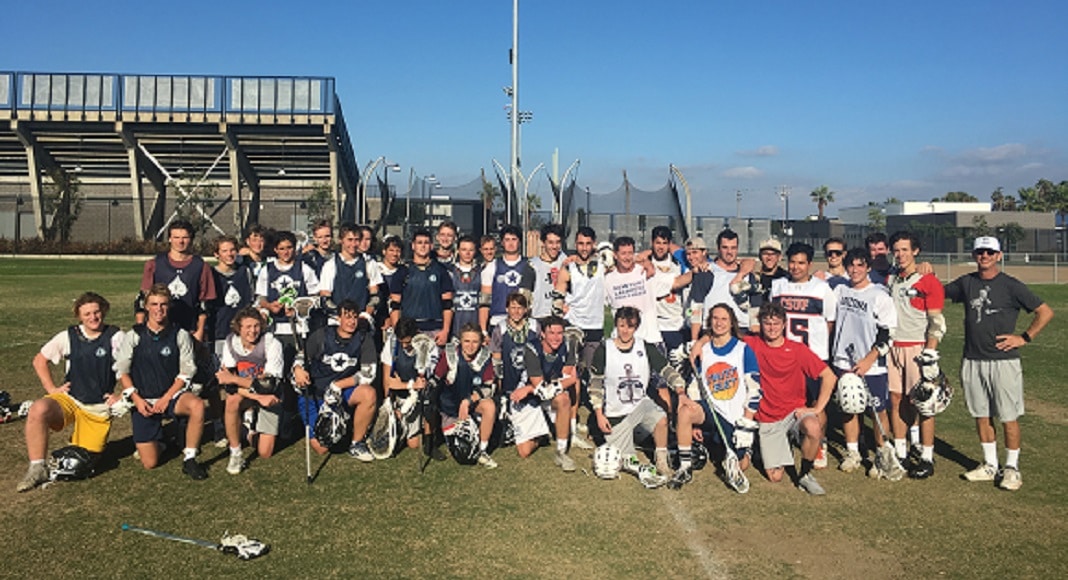 Traditionally, the old guys have played the new guys for the full duration of the alumni.  This year the alumni and varsity played side by side for the first half in a blue vs. white format. Todd suited up for the white.

With the blue team-leading 8-2 at the half, Todd reverted to the old guys vs young guys format.  The varsity showed up decked out in blue for the second half while the alumni joined the blue.  Despite a gallant comeback effort, the alumni fell short 13-11.

More importantly, Todd saw his 2019 squad get in plenty of playing reps and bond with the alumni.

The game drew a decent number of alumni and spectators, and it wasn’t because Todd suited up and played on the white team.

After the game, Todd and his coaching staff were happy about how the current players performed. Rhett Farmer, Aiden Goltz and Michael Morrison stood out for the current players. Todd said that his program will have 30 players coming in from football, which includes Goltz.

Alumni, both recent and not so recent, enjoyed the opportunity to put on the cleats, burn off some turkey and pie, and rub shoulders with the new generation of Sailors.

“It brought back memories. It was cool to play against them instead of [being] on the same team,” Jared Rabin (class of 2018) said.

“Anytime you get out and play with the program, see how much it’s grown, how well they’re doing, it’s always a good time. It’s the gift that keeps on giving,” Buchanan said.