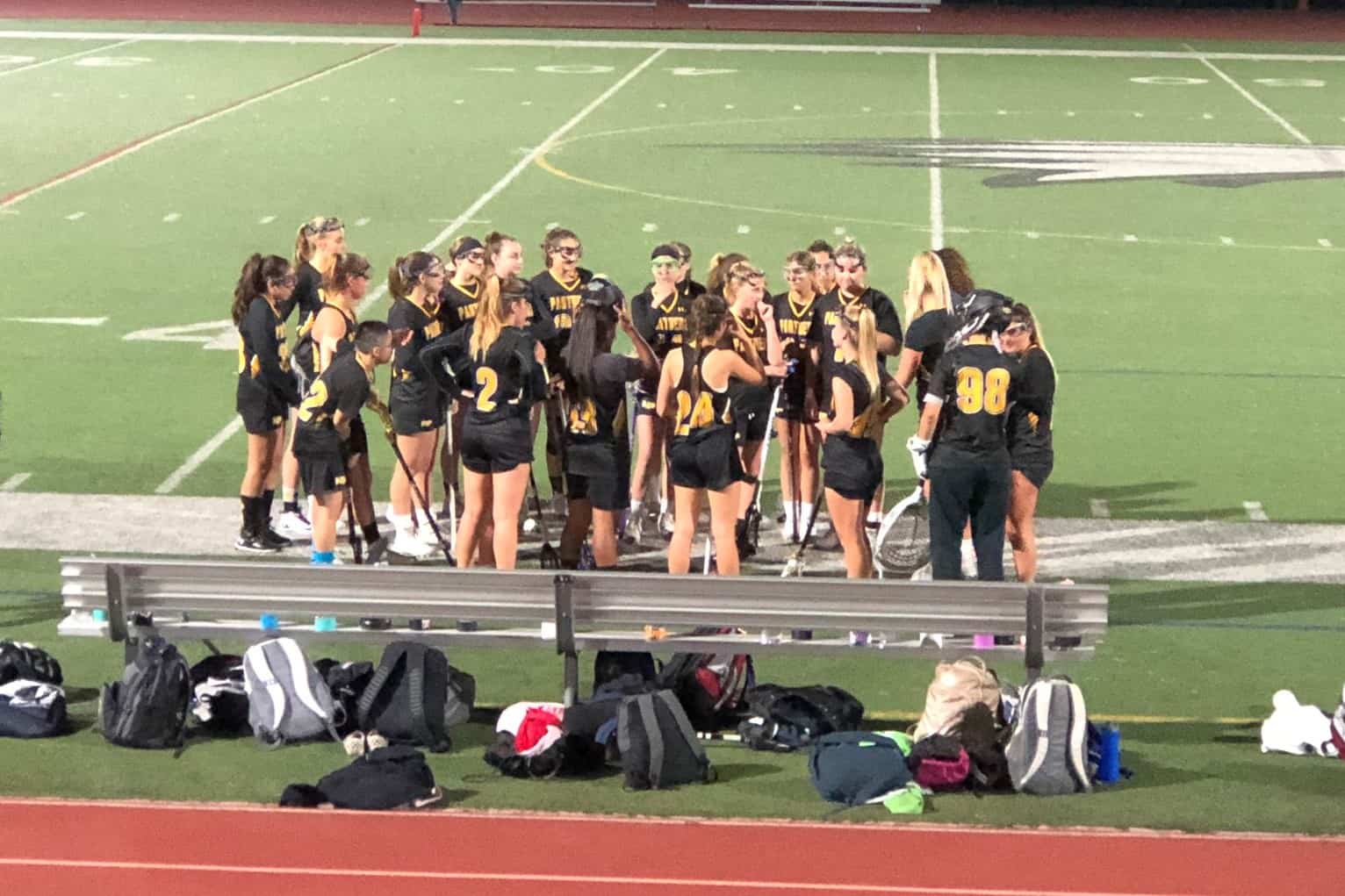 Newbury Park’s domination at the draw circle and balanced offense overwhelmed Oak Park Friday night.  The Panthers lost only two draws on the evening and distributed their scoring between six different players in a 16-4 win.  Newbury Park is now 3-0 after the first full week of the 2020 season.

The Panthers set the tone for night from the opening draw and forced a running clock with with 8:36 left in the first half after building a 10-0 lead. Oak Park was able to briefly interrupt the run when they scored their first goal at the 5:43 mark.  However, the Panthers responded with six more unanswered goals to build their biggest lead of the night 16-1.  The Eagles tacked on three late goals  to reach the final score of 16-4.