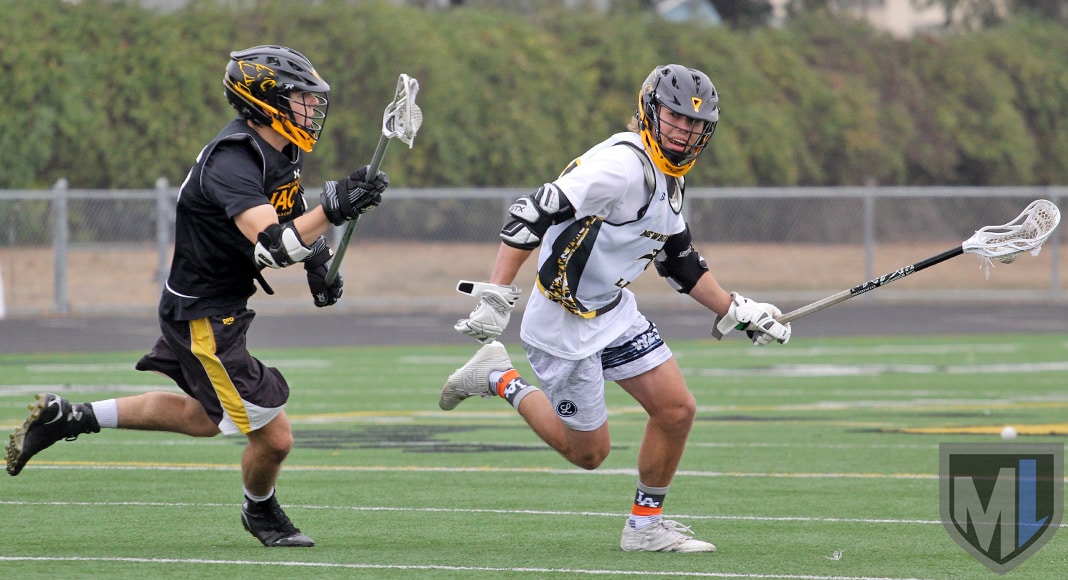 Newbury Park senior midfielder JT Shoop announced this week he has committed to attend and play lacrosse at NCAA Division I St. John’s University in New York, picking up a late spot in the Red Storm’s recruiting class.

Shoop, who had 27 goals and 19 assists as a junior, earning second-team All-Marmonte League honors, said he hadn’t received much recruiting interest, at least not from Division I schools, until spending last spring working hard on his shooting and offensive IQ.

“I just put in a lot of work with my coach and my trainers to learn how to shoot and to dissect defenses,” he said, “and it made a huge difference in my summer circuit and my fall circuit. Coaches realized I was just a late-bloomer, which used to be a normal thing, but not anymore with early recruiting.”

Though coaches now are prohibited from making contact with players until the athlete’s junior season in high school, many members of the current senior class already were committed before that rule went into effect. That means most D-I programs already had filled their 2018 recruiting classes.

“It was rough, because a lot of the schools I was looking to, they had already told me there were no spots left, even though they did like me,” JT Shoop said. “Then I found a school, Wagner, on Staten Island, and they had one more spot, and they offered me that spot. And then St. John’s, when I talked to them, It wasn’t that they didn’t have a spot, it’s that they choose not to fill all of their spots, so the can always keep recruiting. They said they always want to find the next best guy, and they said I was good enough to take that spot.”

Shoop said he had visited Wagner in November and made a late trip to New York to visit St. John’s last weekend before making his announcement Thursday. He will join Sierra Canyon middie Matt Chopp and Palos Verdes LSM Kyle McBride, both teammates on the LA Heat, as freshmen at St. John’s next fall.

“JT is an incredible athlete and hands-down one of the best and most versatile players in LA,” Sierra Canyon and Heat coach Mario Waibel said. “His work ethic, toughness and willingness to put in the ‘lonely hours’ of practice that it takes to hit that elite tier is what separates him from the pack.”

Shoop said he put in as many as 20 hours a week working with Michael McGovern, his former coach with Goon Lacrosse whom Waibel calls one of the best shooting instructors around. Shoop said McGovern, Waibel, the Heat’s Jimmy Borell and Scott Hochstadt of Legends West all pushed him on his path.

“I am so proud to have been a part of this stage of his journey and so proud of what he has accomplished,” Waibel said. “It is wildly fun as a coach when you show a kid the hard path to his goal and he digs his heels in and makes it happen, especially with the enthusiasm and energy that JT has put in these past years.”

As a high school senior, with classmates filling out college applications and even getting early decisions back, it would have been easy for JT Shoop to take the first or easiest option, but he persevered.

“I had a lot of D-IIIs and D-IIs that were looking at me, but nothing that I was extremely interested in,” he said, “and when I talked to my coaches, they just didn’t think it would be a good fit for me, because they knew I could play at the next level.

“It was tough to find a D-I school that wasn’t already full and was willing to even look at me. It took a while for St. John’s to look, but once they did, they were happy with me.”