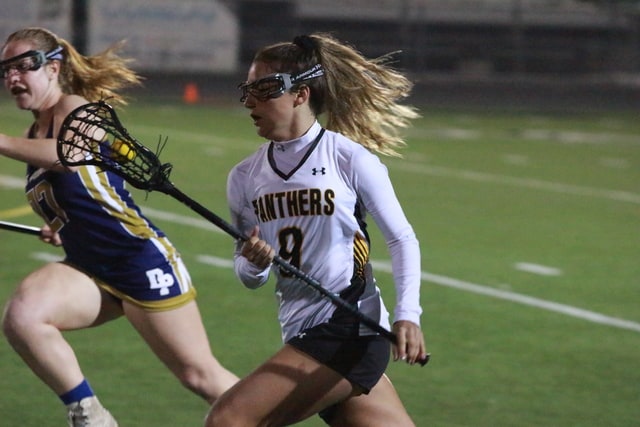 Newbury Park came out dominating possession on the draw and built up at 10-5 lead at halftime. Any Dos Pueblos for second half comeback were dashed by a stifling Newbury Park defense that held the Chargers to just one goal in the second half.

The Chargers attempted to slow down the Panthers by triple teaming the midfield in the second half.  However, the Panthers were able to extend their lead by creating scoring opportunities for freshmen Lindsey O’Toole (2 goals) and sophomore Sierra Carey (1 goal) to reach the final 14-6 tally.

Duffy and Ing teamed up with sophomore Sophia Laubner  (6 groundballs) to win 14 of the 22 draws taken by Duffy.  Sophomore Goalkeeper Daniella Guyette saved 8 of the 16 shots taken on her.