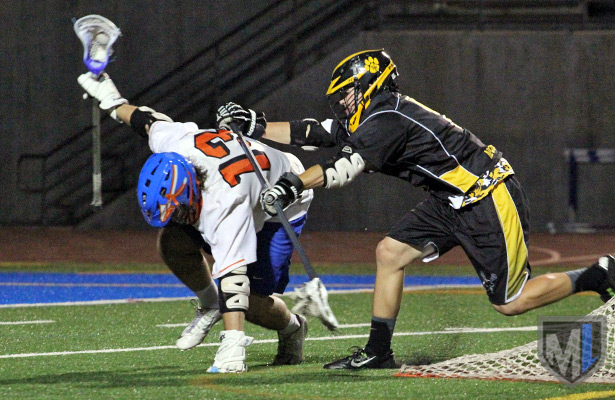 Senior Skylar Jimenez of Newbury Park and Team West Coast has committed to become a member of the Cleveland State lacrosse program’s inaugural recruiting class. The university announced last spring that it would add NCAA Division I lacrosse and has spent the summer recruiting its first incoming class.

Newbury Park allowed only 4.26 goals per game in posting a 14-5 record and reaching the second round of the playoffs.

But it was the summer tournament circuit with Team West Coast that put Jimenez on college recruiters’ radar.

“He is coming off an eye-opening summer,” Team West Coast coach Steve Lane said. “Every tournament we went to, he stood out instantly. We played the nation’s top teams, and he faced players going to the top NCAA programs every game and still managed to stand out. He made multiple all-star games, and that was no accident. He demanded attention on the field.”

“Skylar has the mold all coaches want,” said Lane, also the head coach at Chaminade College Prep. “He has fantastic athleticism; a great work ethic; his stick skills and IQ are very high; and he is very coachable. He will have to continue to work at his craft to prepare for the D-I level, but I have no doubt in his ability to do so.”

Jimenez becomes the 21st commitment for Cleveland State in the 2016 class, according to The Recruiting Rundown. The Vikings will play their first season in the spring of 2017, when those players are freshmen. Poway middie Zachary Hodge is the only other Californian among those 2016 commits.

The Vikings are coached by Dylan Sheridan, a 2006 graduate of Claremont McKenna College, where he played club lacrosse. He was a three-time captain, three-time All-West Coast Lacrosse League selection, three-time MCLA All-American and was the WCLL Player of the Year as a senior. In addition, Sheridan also was a four-year member of the Claremont McKenna football team.

Cleveland State is located in downtown Cleveland, Ohio, and has an enrollment of roughly 18,000 students.