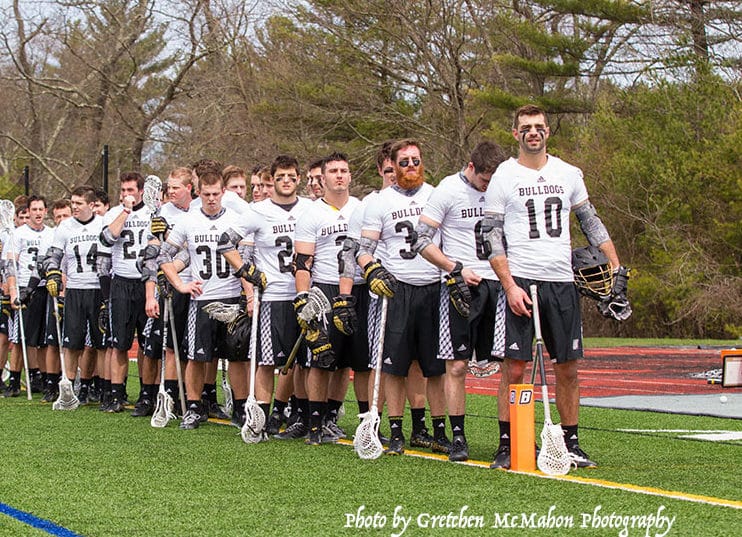 San Diego alums continue to make their mark in college lacrosse.  Here is the roundup for the week ending Saturday February 18.

Junior attack Cam Ziegler (La Costa Canyon ’14) had a goal and two assists, and middie Ryan Sharpe (Poway ’13) scored one goal, but Bryant dropped a close one to cross-town rival Providence, 7-6. Early in the fourth period, Ziegler fed Sharpe for a goal that pulled the Bulldogs with one at 6-5. They tied the score 6-6 with 5:01 to play, but Providence scored the game-winner two minutes later.

Owen Weselak (Torrey Pines ’14) won 2 of 3 face offs and had a ground ball to help visiting Marquette blast Jacksonville 17-1 in its opener.  Freshman attack Ryan Fazio (Cathedral Catholic ’16) saw some playing time for the War Eagles but didn’t have a stat in the boxscore.

Chris Carter (Torrey Pines ’13) saw time at defense but did not make the stat sheet in Notre Dame’s victory over Georgetown.

Andrew Tien (Pacific Ridge ’14) had a goal and two groundballs in Air Forces’s 10-4 loss to Marist on Saturday.