College Roundup: SoCal Men and Women at the Next Level 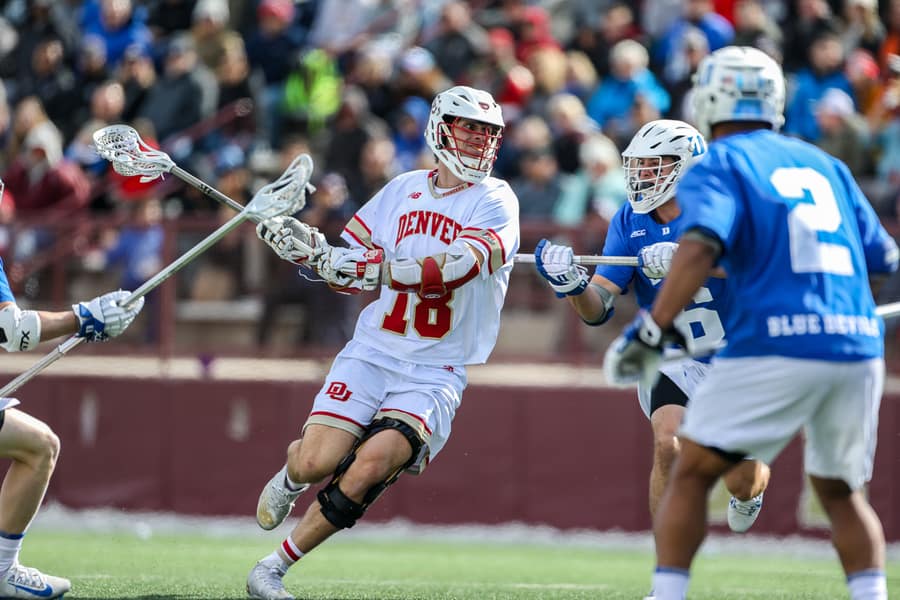 Led by Anthony Demaio who is averaging nearly five points per game for Maryland and JJ Silstrop who debuted for Denver with five goals against Air Force, Southern Californians are strutting their stuff at the next level.

If you have college news you’d like to share with the Southern California lacrosse community, send your news, pictures, and video clips to news@maxlaxoc.com.

Maryland junior attack Anthony Demaio (Coronado ’16) is averaging nearly five points per game. He has seven goals and seven assists in three games for the Terps. Anthony’s younger brother and teammate Nicholas Demaio (Coronado ’18) has a goal and an assist so far this season.

Denver freshman JJ Sillstrop (La Costa Canyon ’19) scored five goals on five shots against in the season opener against Air Force. Ellis Geis (Foothill ‘18) is back on the field for the Pios after recovering from an ACL injury that occurred April 12, 2019.  Geis (25 points in 10 games in 2019) is seeing limited action as he works to regain his skill set.

Nick Bauer (Princeton ’16) had two groundballs and two caused turnovers and Phillip Thompson (Harvard-Westlake) was 1/2 at the dot to help Princeton defeat Monmouth.

Jason Simaan (Corona del Mar ’16) was 2/4 at the dot in Brown’s win over Quinnipiac on Saturday.

Kevin Groeninger (St. Margaret’s ’19) has a goal and an assist in two games for Bryant.

Kylie Kroeger (Mission Bay ’17) and Tess Keiser (Mater Dei ’19) have both notched a goal and two assists in three games for Arizona State.

Gianna Danese (Mater Dei ’19) started for Columbia in the season opener against Army.

Mackenzie Wallevand (Mater Dei ’17) has one draw control and has appeared in both games Denver has played this season.

Cameron Manor , a junior at Army scored four goals and picked up two groundballs in season-opening wins versus Columbia and Marist.

Emily Suh (St. Margaret’s ’18) started on defense for Embry-Riddle and helped the Eagles to a dominating 23-4 season-opening win versus Emanuel.

Maddie Barkate (St. Margaret’s ’19) earned her keep in Harvard’s starting midfield line with two goals and two draw controls in a season-opener win versus Niagara. Barkate scored the Crimson’s first goal of 2020 on a free position shot just under two minutes into the game (28:07).

Ashlee Caruana (St. Margaret’s ’19) started a in season-opening win versus Southwestern University and began her college career with one goal, one assist, and groundball.

Special thanks to Holly Reilly for contributing to this story.