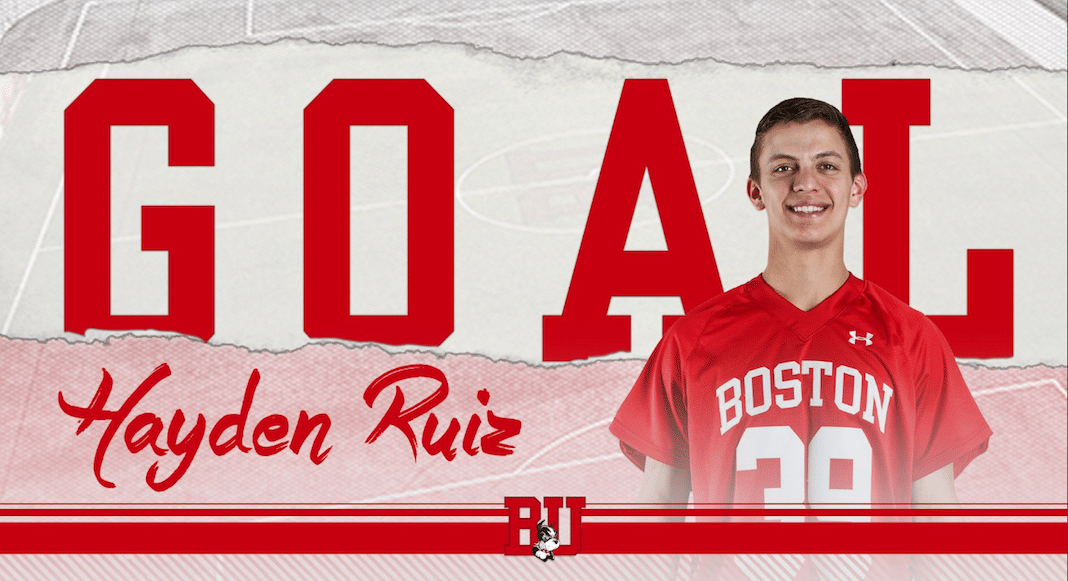 The 2018 NCAA Division 1 men’s lacrosse season kicked off on Saturday with a handful of games.  Bryant senior Cam Ziegler (La Costa Canyon) and Boston University senior Hayden Ruiz (Santa Margarita) had big games to help their teams to victory, but they weren’t the only Southern Californians making a difference at the next level this weekend.

North Carolina 17, Lafayette 10: Defender Shayne Sharp (Palos Verdes ’16) and midfielder Zane Crandall (Mira Costa ’16) each were credited with a ground ball in the Leopard’s loss to North Carolina. Sharp also had two turnovers and Crandall one.

Haydo with his first of the day from Jim and it's all tied up at 7-7! pic.twitter.com/THfOEtOWUs

Hendrix 11, Southwestern 9: Freshman Zac Asbury (Thousand Oaks ’17) had a goal and three assists in his collegiate debut for Southwestern, which rallied from an 11-6 deficit in the fourth quarter with Asbury contributing an assist and a goal to the comeback. He also collected three ground balls and had a caused-turnover. Senior middie Jordan Riggs (San Clemente ’14) collected three ground balls for the Pirates.