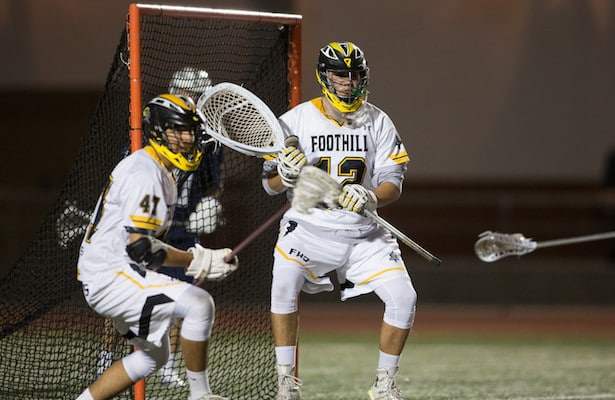 Foothill opened their spring break trip to the Bay Area with an 8-6 victory over De Lasalle on Wednesday night. Nathan Skeen led all scorers with four goals, three in the first half, and one assist. Goalie Ryan Blank (13 saves) and his defense teamed up to hold De La Salle to their second lowest point total of the season and half their season average.

Big thanks for the De Lasalle players, parents and fans. It’s a long tradition each to play them and they are always incredibly hospitable.