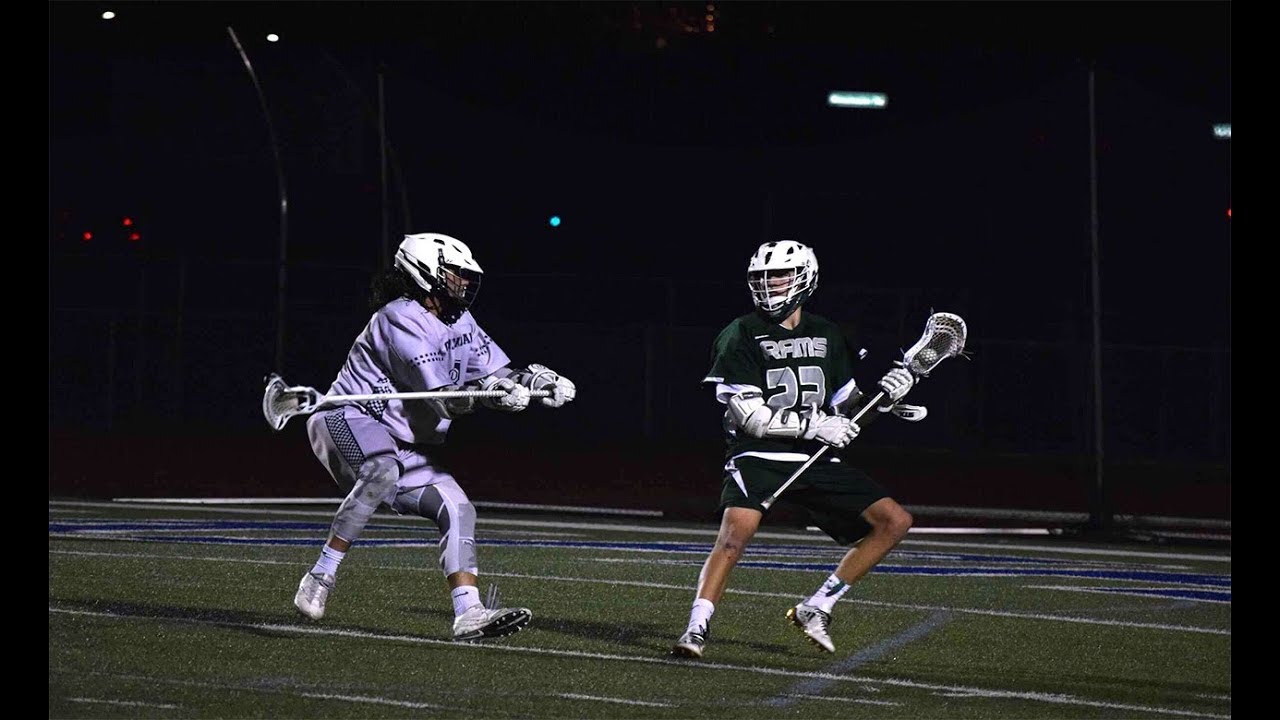 Murrieta Mesa standout Nick Whittall has had a busy week.  He started the week off by reaching the 300-point with a four by four against Vista Murrieta on Monday. Two nights later he scored four goals including the game winner in overtime against Great Oak to move the Rams into a tie with the Wolfpack for the Southwest League lead.

“Finding out that I surpassed 300 points in my career is very fulfilling. I have worked so hard since 5th grade to become the best player I can be,” Whittall said via email.

As gratifying as the 300th point must have been for Whitall, it may be the game winner against Great Oak that he’ll remember most years from now.  That goal gave the Rams playoff hopes a new life. Not only did the Rams show that they can compete with the Top 16 teams but it also put them in a position to win the league and earn the automatic qualifier.

“Nick’s biggest growth as a lacrosse player has really been his leadership. Nick has always been a grinder and works extremely hard to improve his game, but this year he has been different as a leader of the team. We have a young team and they have tremendous respect for Nick, when he pulls together a lunchtime player meeting, or pulls someone aside to give them some feedback. It resonates with the players more than I ever could. Having Nick out there is like having another coach on the field,” Rams coach Charles Arthur said via email.

Monday’s game saw Whittall return from a three-game injury according to Arthur.

“Nick is one of the best players I have seen in my 25 years of coaching lacrosse, but his biggest impact on the team is his accountability, ownership and humility. If Nick has what he sees as a bad half of lacrosse, he will own it and hold himself accountable in front of the entire team,” Arthur said.

Some of Whitall’s thank you’s included his team, Arthur and his family.

“I don’t think I ever thought of getting 300 points in my high school career. It’s really awesome to know I’ve been apart of 300 goals over the last 4 years,” Whittall said.

Whittall is the fourth player to cross the 300-point mark this year and the 17th in player in California to do so, behind Kevin Groeninger of St.Margaret’s, Holden Evans of Trabuco Hills and Carson Spooner of Tesoro.