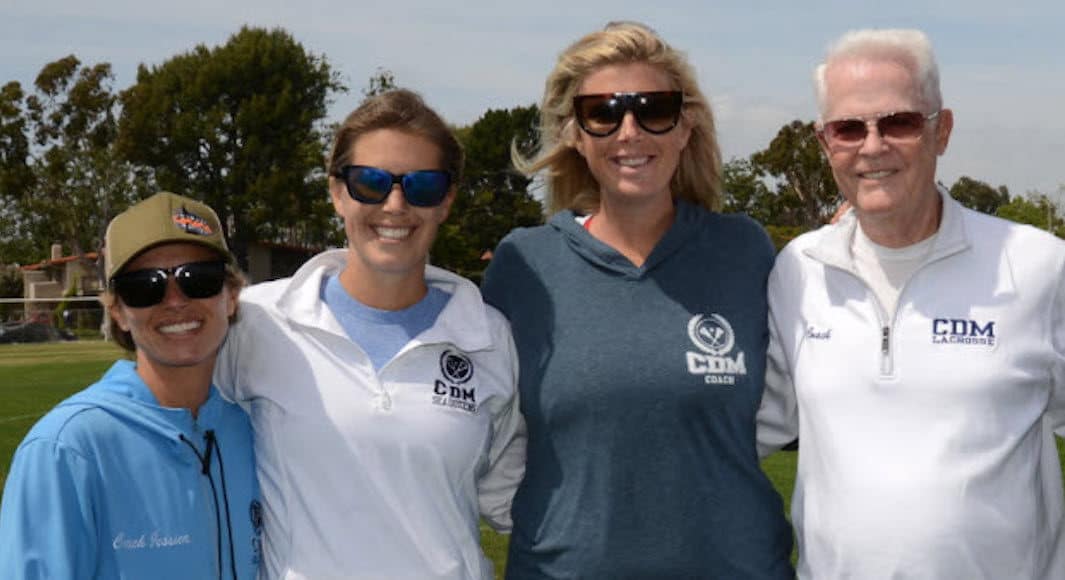 Jessica Murray (far left of the photo) has taken over as Corona Del Mar’s girls’ lacrosse coach. The announcement was made by athletic director Don Grable.

Murray hails from Annapolis, MD, where she attended Broadneck High School and was an All-American as a senior. Murray then attended the University of Virginia where she graduated with a degree in economics and played lacrosse for the Cavaliers, helping them reach the championship game three out of her four years.

Murray, who was an assistant coach for the Sea Queens last year, takes over for Aly Simons, who resigned after the 2018 season so she can focus on her family. Simons had coached the Sea Queens for 10 years.

Last season, the Sea Queens went 7-12 overall and 7-3 in the Pacific Coast League. They will be transitioning into the Sunset League in the spring of 2019.