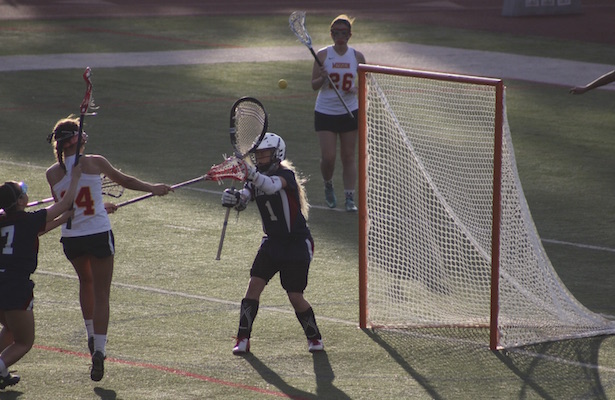 In a game of runs, St. Margaret’s jumped out to an early 10-3 lead only to see Mission Viejo score five unanswered goals to close the gap to 10-8 by halftime.  Mission Viejo carried the momentum into the second half and held a 12-11 lead with 18 minutes to play.  St. Margaret’s responded by putting up seven in the final 18 minutes while holding the Diablo’s scoreless for the remainder of the game to claim a 19-12 victory.