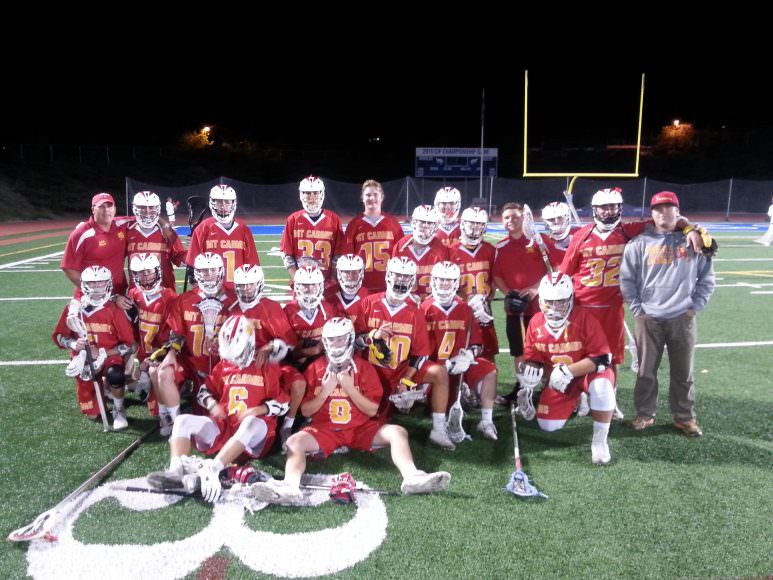 The visiting Mt. Carmel Sundevils beat the Rancho Bernardo Bronco’s in a conference game Monday night 9-7. The Sundevils battled back from what seemed to be an insurmountable 7-1-deficit early in to the second quarter by scoring 8 unanswered goals from the second quarter on, while holding the Bronco’s scoreless in the second half to earn the win.  Mt. Carmel’s defense played amazing shutting down every attempt the Broncos threw at them. Sundevils goalie Noah Bertrand led his D-Squad and tallied 17 saves. Offensively, Mt. Carmel possessed and owned the clock from the 2nd quarter on.

This was a historic team victory as it marked the first time the Sundevils have beaten the Broncos boys varsity team. The Sundevils face Fallbrook in a non-conference home game Wednesday, April 6, 2016.