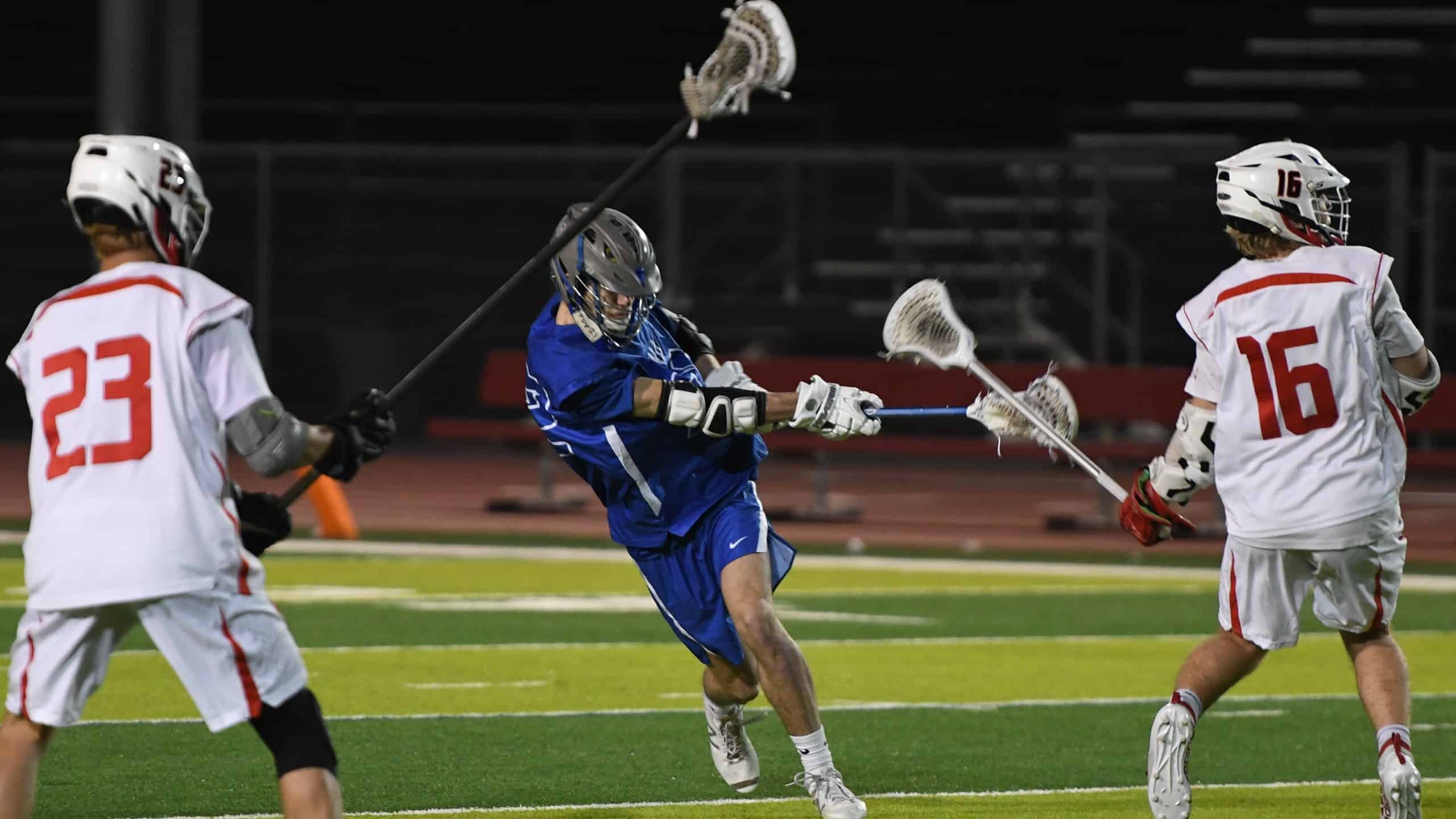 No days off.  That is the motto adopted by the Dana Hills Lacrosse program when head coach Trent Cooper took over the program in September 2018. After going 11-4 last year the boys committed themselves to working even harder and getting even better.

That hard work has paid off with a 2-0 start this season.

The Dolphins started off the season last week Thursday winning their home opener against Murrieta Mesa 14-5.

On Monday the Dolphins faced South Coast League stand out San Clemente.  Dana came ready to prove they have what it takes to complete with the best and came away with the win 12-9.

The Dana Hills offense came out quick scoring 4 quick goals by Mason Morrow (6g) and Adams State commit Tyler Hubbard (2g  1a) rattling San Clemente and throwing them off their game ending the quarter 4-1.  The second quarter was more of the same with Sam Martin (3g 2a)  and Grant Smith (1g 2a) hitting the net with San Clemente notching one more going into the half at 9-2.  The third quarter proved to have the most action with each team trading goals two for two and San Clemente taking control of the face off.  But plagued by penalties the Tritons couldn’t come back and the game went to the Dolphins 12-9.

The Dana defense was led by a four senior pole crew of Alex Kupfer-Weinstein, D’Mitri Evans Meyer, Sam Shultz, and Colton Clark.  They played near perfect man to man D, communicated on switches and through match ups. Most importantly the Dana team as a whole stayed out of the penalty box. Sophomore goalie, Dara Gharineh, showed poise and command of the cage. In the second half San Clemente started to string together a few runs, bringing the momentum and crowd back to their side. But Gharineh came up with big saves, shutting down the runs down, and taking back the momentum.

Coach Cooper applauded the team effort, “The want and effort from the boys was everything tonight. They fought from the start to the finish. When things went wrong they came together and picked one another up to get the team win”