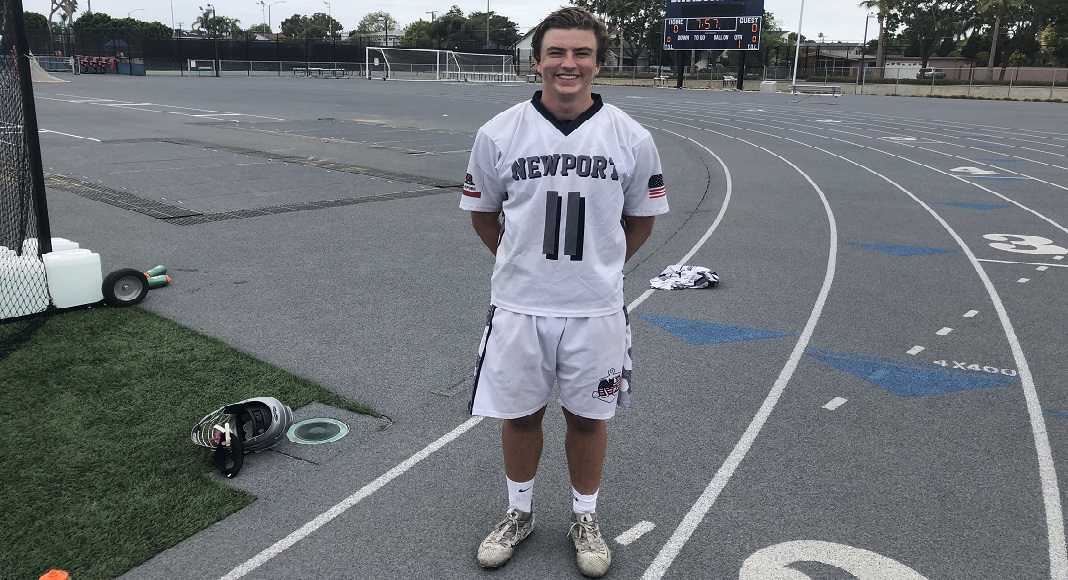 “I didn’t really expect to get the final shot, but I knew I once I did, I was there and I had to make it go in. The whole game relies on this,” Morrison said.

Newport Harbor (12-8) was led by Rhett Farmer who had three goals while Hutton Wooters and Luke Barnes each had two goals. Morrison, Bennett Cox, Aiden Goltz and Zach Warren each had one goal for the Sailors, who got 11 saves from Garrett Rovazzini.

As with most games that are played on the last day of the regular season, the game was intense and physical, as both teams looked to improve their records before the playoff pairings were released.

With score tied at 1-1, Parker McGrade scored back-to-back goals to give Servite a 3-1 lead almost four minutes in the opening quarter. Newport Harbor responded with three straight goals, giving them a 4-3 lead at the end of the period.

The Friars seized back the momentum with with three goals in the first two minutes of the second quarter to give them a 6-4 lead and force Todd to call time out. The Sailors came out of the time rejuvenated and scored two straight goals to pull even at 6-6.  But goals from Evan Watanabe and Jack Terrones helped Servite lead 8-6 at halftime.

The third quarter saw Newport Harbor play stifling defense, as Rovazzini made a handful of saves, to allow his teammates to chip away at the Servite lead. A goal from Goltz made it 9-8 before Brian Rusnak scored the equalizer for the Sailors with 15 seconds left in the quarter to tie the game at 9-9.

The Friars appeared to have taken the lead off of a goal from Terrones when Todd asked the referees for a stick check. After the stick check, the referees waived the goal off and gave Newport Harbor the ball.

The Sailors capitalized on the Todd’s challenge when Wooters gave the Sailors a 10-9 lead at the 8:36 mark of the fourth quarter. Terrones answered back a little over three minutes later to tie the game at 10-10. Neither team found the back of the net for the remainder of regulation and the two teams went overtime.

Overtime did not last long. The Sailors forced a turnover after the Friars won the faceoff. The Friars regained possession, but turned it over to Barnes who found Morrison who buried the game-winner, allowing the Sailors to celebrate jubilantly.

Terrones and Alex Paz led the Friars with three goals each.  In addition to Terrones and Paz’s hat tricks, McGrade had two goals for Servite (9-9) while Watanabe and Rusnak each had one. Nate Kennedy made seven saves for the Friars, including a low save in the overtime period.

“It’s not where we wanted to end up, but at the same time, a couple small mistakes here and there led to that game close than it had to be,” Friars coach Tom O’Leary said. “We’re where we should be. We’ll work and get better from this and try to mend the small mistakes we made today.”

Both teams now prepare for the playoffs, as playoff brackets will be released later on today.