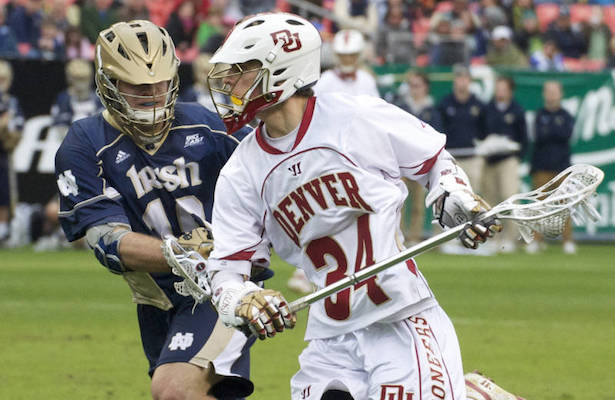 Foothill alum Erik Adamson, Tesoro alum Knute Kraus and Corona del Mar alum Noah Molnar have all made the Denver Outlaws 25-man active roster. Adamson, who was originally drafted by Chesapeake Bayhawks graduated from the University of Denver last year after earning a NCAA championship. Kraus graduated from Salisbury last year where he won a national championship as a freshman and earned a number of honors including first team All American and best defenseman in the nation. He now coaches at Tesoro and Concordia.  Molnar played at Lehigh at University and now coaches at CdM.

Two other Outlaws with OC connections are Nick Tintle and Jeremy Sieverts.  Tintle coaches at Tesoro with Kraus, trains many local athletes at his training facility Athlete’s Choice, and runs the ReLax program with Capistrano Valley player Clay Eggeman.  Sieverts was an assistant coach with Molnar for several years at CdM before taking the head coach position at Oaks Christian this season.

DENVER – The Denver Outlaws have released the team’s 25-man active roster for the 2016 season. Each team can have a 25-man active roster with a 6 man practice squad. MLL players currently participating in the National Lacrosse League or coaching collegiately can be protected by their teams through placement on the MLL Inactive list until their respective seasons are complete. Teams also have the option of placing players on the PUP or Military Inactive lists.

Below is the full breakdown of the Outlaws 2016 Active Roster: