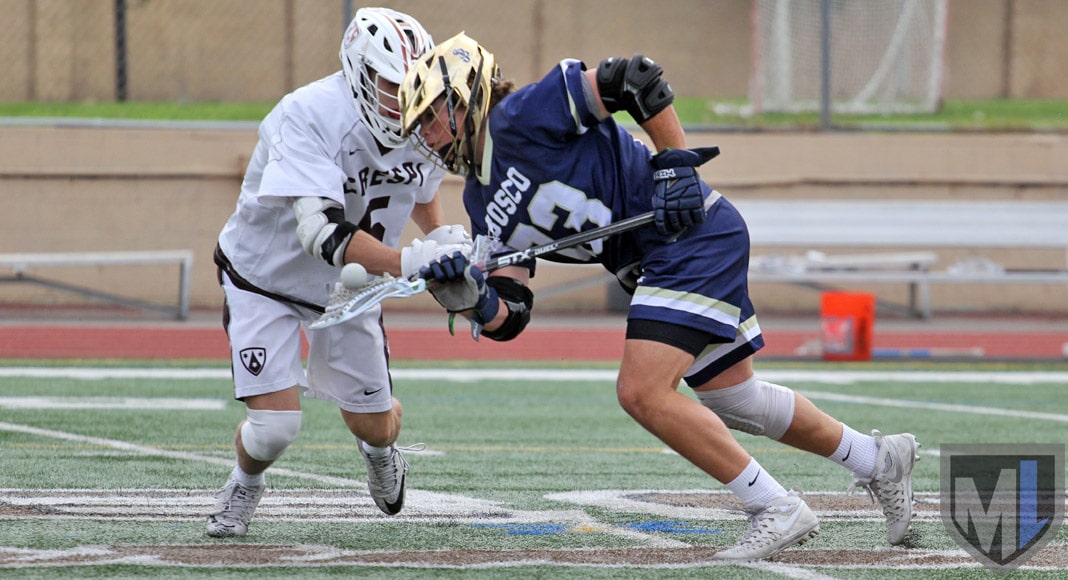 Myers was named to the 2018 LA All-Area Team first team last spring. He led St. John Bosco, playing only its third season of CIF lacrosse, to a 13-5 overall record, including the championship of the LA Invitational Tournament in which he scored the game-winning goal in overtime.

Myers explained how his switch from Bryant to Dartmouth came about, answering questions via email:

“The main goal of playing lacrosse so extensively through middle school and high school was always about getting the best education possible,” Myers wrote. “So when I heard an Ivy League school made contact with my coaches, I was ecstatic.

“Walking around the Dartmouth campus, I immediately realized how much I liked not only the lacrosse team and the school, but the community within Dartmouth. Hanover (New Hampshire) is a pretty small town, and everybody really knows each other. That’s something I really wanted in the area surrounding my school. After taking a visit, I decided I needed to recommit.”

Great national signing day for Bosco Lacrosse! In only our 3rd year in CIF we have our first D1 commit! @mitchie_myers will attend @dartmouthmlax

“The phone call was easily the hardest I’ve ever had to make,” Myers wrote. “I have so much love and respect for Coach Pressler and Coach Brodersen [Associate Head Coach Casey Brodersen]. It was really awful. All of the anxiety I had going into the phone call almost made me question if recommitting was really the right call. I truly believe that this was the hardest decision I’ve ever had to make.

“While I really respected Bryant University as a school and especially Pressler as a coach, I knew I had to take the opportunity to get an Ivy League education. Pressler was actually really understanding about it, though. He was disappointed in my decision, but he knew it was based on academics. He just told me he wanted the best for me and wished me good luck.”

The Dartmouth education and Ivy League experience prompted his decision.

“My first goal in attending Dartmouth is to be a big part of their lacrosse program and help the team develop into a national contender,” Myers wrote. “Another huge goal is to be accepted into the Tuck School of Business for grad school after majoring in economics for my undergrad.

“The network of Dartmouth alumni around the country is pretty extensive, so I’d like to land a job somewhere in the business world. I am really looking forward to attending this Ivy League school, and, despite the weather, I believe I am lined up to have the best four years of my life.”