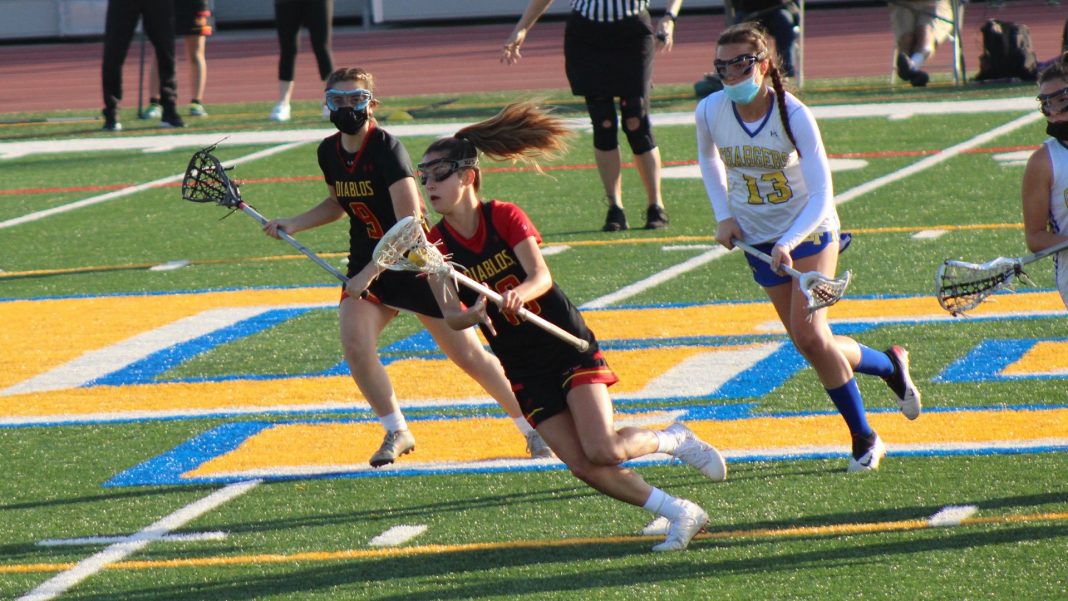 Jenae Sperling (pictured with the ball) led the Diablos with five goals and two assists while Teresa Twellman added four goals. Alyssa Martino (#9) and Capri Testa each had hat tricks while Sophia Ostowari and Brianna Chambers both found the back of the net once.

Sperling, a university of Oregon commit, has been a force for the Diablos this year, as she leads the team in goals (54), assists (18) and groundballs (36). Martino and Twellman are second and third in goals with 27 and 25, respecetively.

Mission Viejo (10-1, 9-0 in league), the No.3 team in the CIF-SS Division 3 polls, currently is on a six game winning streak, as its only loss came at the hands of Portola, an 8-7 home loss on April 20. It also had to play three rounds of league play as opposed to some league playing two rounds of league.

The Diablos await to see who their first round opponent will be when the brackets are released on Saturday at 11 a.m.