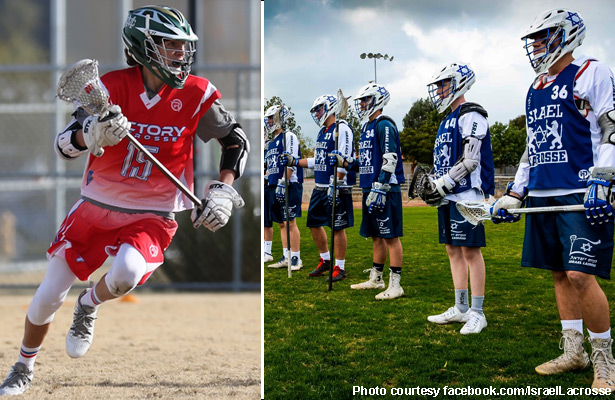 Sophomore attack Zach Horowitz of Mira Costa was among 46 players named by Israel Lacrosse last week to the organization’s first U-19 men’s national team. The team will compete at the 2016 FIL U-19 World Championships in Vancouver on July 7-16.

A fundraising web page linked from the roster includes a quote from Israel assistant coach Jeffrey Schwartz describing Horowitz as “a young midfielder with huge potential.”

“Zach is a very coachable player, has great work ethic and truly wants to get better and be the best player he can be,” Schwartz said. “I am really looking forward to seeing him excel and become an impact player.”

On the same web page, Horowitz is quoted: “Lacrosse has taught me a lot about teamwork and working hard for something you want. It has also allowed me to make many great new friends and to visit cool places like Israel.”

Eighteen of the 46 players listed on the Israel Lacrosse U-19 roster are from the United States.

For Israel Lacrosse, the U-19 World Championships are the fourth consecutive international competition in which the country has participated, beginning with the 2013 Women’s World Cup and including men’s, men’s indoor and women’s U-19 events. Israel joins established lacrosse countries Australia, Canada, England, Finland, Germany, Iroquois and the United States in fielding teams for all those competitions.