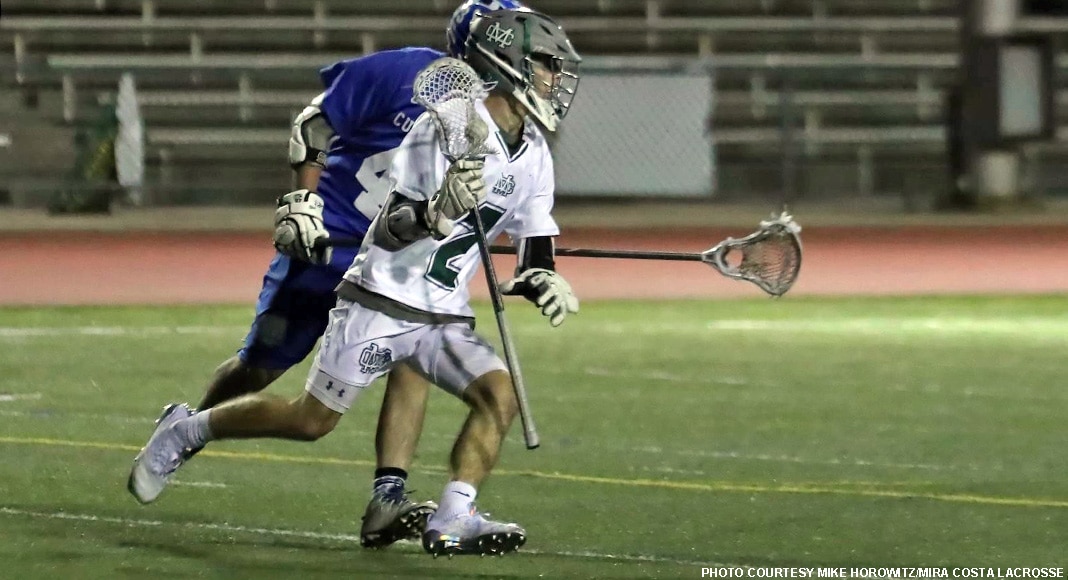 Junior attack Connor Barnes scored three of his four goals in the third quarter Monday, sparking an 8-0 Mira Costa run and lifting the No. 13 Mustangs to a 15-2 win over visiting Culver City.

Mira Costa actually trailed the Centaurs 2-1 after one quarter and led only 4-2 at halftime. But Barnes scored off a feed from Zach Horowitz to open the third period, and the Mustangs were off to the races. Six different Mustangs scored in the third period, turning a tight game into a rout.

Mira Costa (2-1) plays host to No. 6 Westlake on Wednesday and to No. 10 Newbury Park on Friday. Culver City (2-2) plays at Beverly Hills on Friday in the team’s first Ocean League game of the season.