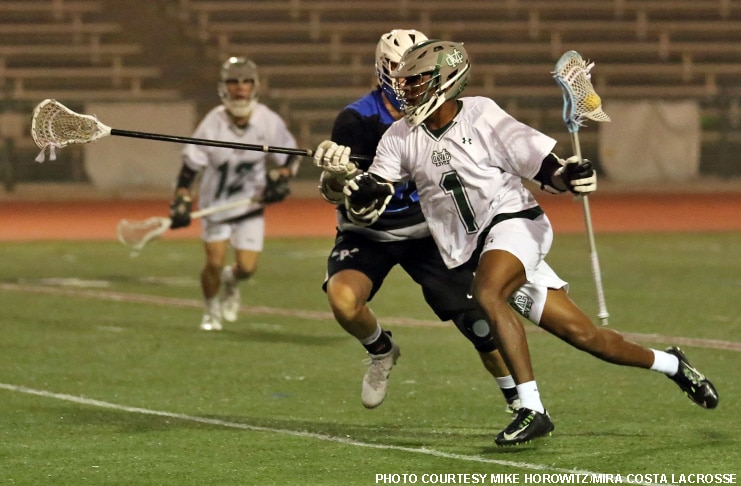 Senior Casey Bonner scored four goals Friday, helping No. 12 Mira Costa hold off a stiff challenge from visiting No. 17 Palisades, 13-11, in a game in which neither team led by more than two goals until the closing minutes.

Zach Horowitz and Miles Choromanski each scored two goals for the Mustangs (5-2), and JJ Packer and Josh Maruyama each had a goals and two assists. Alejandro Ruiz, Bailey Delgado and Max Geoghegan each scored once.

The Dolphins led 4-3 after one quarter, but the Mustangs reversed that by halftime, getting a goal from Horowitz with 19 seconds left in the second period to take a 7-6 lead.

The teams traded goals in the third period, with Mira Costa maintaining its one-goal lead at 9-8 heading into the final frame. Bonner scored to make it 10-8, but Rissone got the Dolphins back within one with a goal at the 5:41 mark.

Maruyama restored the two-goal cushion for the Mustangs with 3:03 to play, then Ruiz gave Costa its first three-goal of the game lead 20 seconds later to all but clinch it.