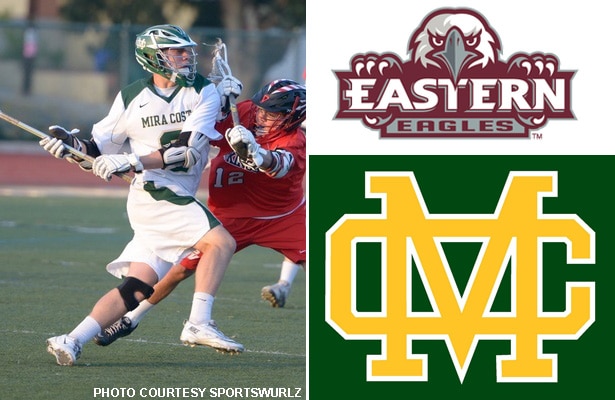 At 6-foot-1½ and 200 pounds, Frye is a strong downhill dodger and a solid presence in the crease. Mira Costa coach Aaron Karsh said he is expecting a lot from Frye this spring.

“Hayden is one of our unsung heroes on the team,” Karsh said. “He doesn’t always get the recognition he deserves, but knowing he will be playing at the next level makes me very proud. Hayden had a great year for us last season, and we are looking forward to another one here in his senior campaign. He will have a major role for us at midfield this season; he has shown a huge improvement so far this fall.”

At Eastern, Frye will team with Chaminade senior defender Cole Millard, who committed to the Eagles in October.