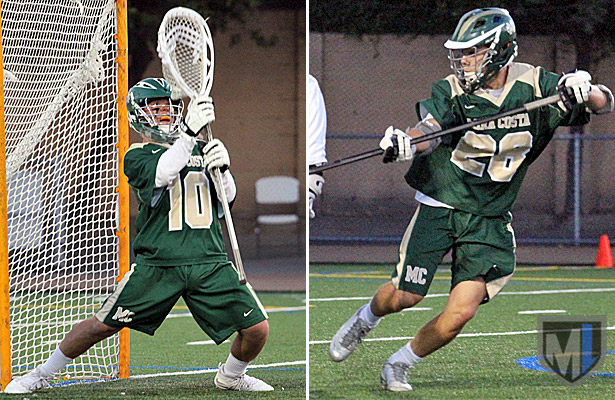 It wasn’t long ago that Mira Costa was the cream of the crop in LA lacrosse. The Mustangs won the LA/Ventura bracket in 2010 and 2011 after having lost in double-overtime to Loyola in 2009. The team went 22-27 and changed coaches twice over the next three seasons before finally beginning to re-assert itself last fall. How close are the Mustangs to being all the way back? Our Mira Costa 2016 preview explores:

Coach: Aaron Karsh; third season.
Last season: 9-7 overall; 1-5 Bay League.
2015 playoffs: No. 11 seed; lost 9-8 at Thousand Oaks in the first round.
2015 recap: The Mustangs opened last season with a seven-game winning streak and rose as high as No. 7 in the US Lacrosse/MaxLaxLA coaches poll. But they lost seven of their last nine games, including a double-overtime heartbreaker against Peninsula and the one-goal playoff loss at Thousand Oaks. Still, it was a much better ending that in 2014, when Costa lost its first-round playoff game at Newbury Park 22-6. And the Mustangs return a number of key contributors from last season’s squad.

2016 Outlook: With a strong nucleus returning off an improved 2015 team, the outlook is bright. The fact that coaches voted the Mustangs No. 6 in the preseason indicates that others agree. They opened last season at No. 11. But Costa still has to prove it on the field, something it struggled with over the second half of last season, losing five of six Bay League games. The Mustangs have 13 nonleague games before confronting the always-tough Bay slate, and nine of those 13 are at home. Will they be ready to assert themselves come mid-April?