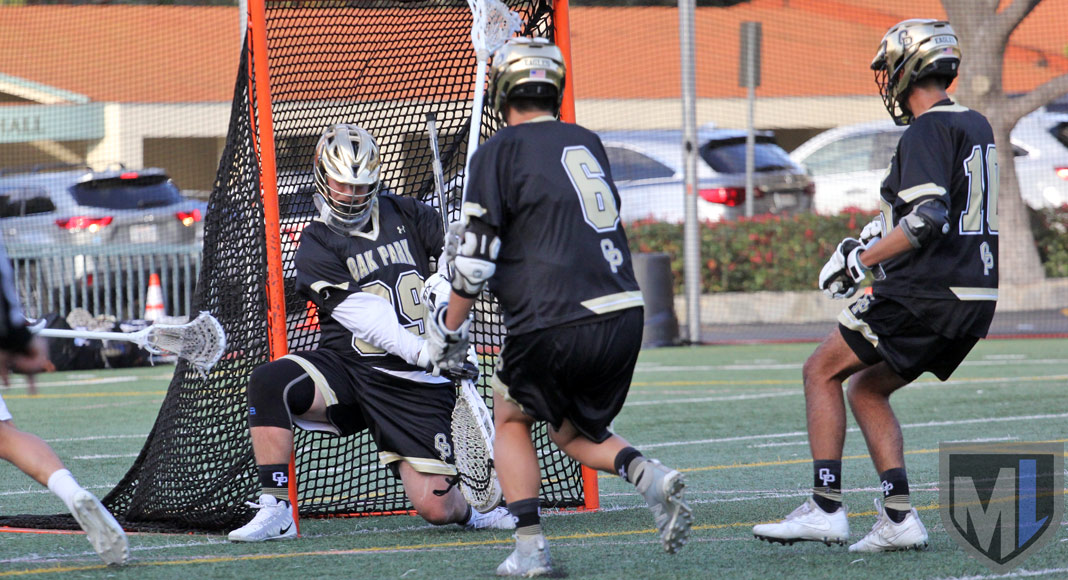 Oak Park moved up two spots in this week’s US Lacrosse/MaxLaxLA boys coaches poll. With nearly half the teams in the Top 20 rankings taking time off for spring break, it’s as good a time as any to dig into the rankings and try to figure out what the voters are thinking.

So the first three teams in the ranking make some sense. Let’s look at the next group:

Crespi (6-5) and Mira Costa (8-3) round out the Top 10. All five of the Celts’ losses and two of the Mustangs’ losses are to Top 10 teams, so it appears Crespi was voted ahead of Costa on strength of schedule. Costa’s other loss was to Santa Monica (6-4), which is currently No. 16 and riding a five-game winning streak.

Other observations on the rankings:

12. Newbury Park (2-5): All five losses are to Top 10 teams, and the two victories are against teams that are unranked and have a combined record of 9-10. So the resume isn’t all that impressive, but the voters appear to be keeping them close the the Top 10 due to that strength of schedule. It doesn’t get easier, though: Eight of Newbury’s remaining nine games are against Top 20 teams.

17. Village Christian (7-2): The Crusaders have raised some eyebrows with their eye-popping offense — they’re averaging nearly 17 goals per game — but they have only one win over a Top 20 team (Sierra Canyon) and have lost to No. 9 Crespi and No. 14 St. John Bosco. Village has one more shot at another Top 20 win on April 24 against No. 19 West Ranch.

18. Thousand Oaks (1-9): The Lancers opened the season with nine consecutive losses against a brutal schedule before beating Calabasas last week. That schedule and respect for the talent in the program have voters cutting T.O. some slack. The Lancers have lost to each of the Top 5 teams in LA, as well as No. 7 Agoura and No. 8 Oaks Christian. They also have losses to Top 5 Orange County teams Foothill and San Clemente.

19. West Ranch (3-6): Like Newbury and Thousand Oaks, the Wildcats have faced a tough schedule, with all six losses coming against teams currently ranked in the Top 13, four of them in the Top 10. Respect for their roster and schedule have to be what is keeping them in the rankings ahead of teams like St. Francis (5-6) and Redondo Union (5-4).