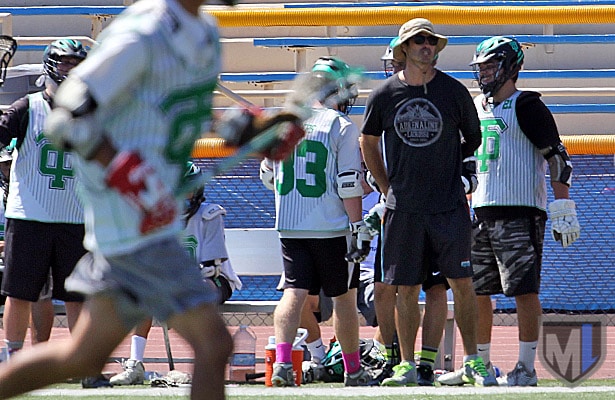 Michael Delabar, a fixture in the Conejo Valley lacrosse scene for many years, has been named head coach at Thousand Oaks High School, replacing his friend and club-coaching partner Tyler Gilbert.

Gilbert resigned recently for family reasons. Delabar, who had joined the T.O. coaching staff as an assistant at the beginning of the school year, was in position to make a smooth transition into the head coaching position. He helped coach the Lancers during the recent LA Mavericks Fall League season.

“I am happy to be working with players that I coached at the youth level,” Delabar said via email. “That hopefully speeds up their response time in learning our team concepts. Tyler had Thousand Oaks playing a high level of lacrosse. With 17 seniors graduating last year, though, we will be a young team this season.”

Delabar was head coach and program director at Viewpoint School for the last three seasons. Before that, he spent three seasons as head coach at Loyola. Delabar also coached for many years with the Silverfin club out of Thousand Oaks and more recently as the high school coach with Prolific Lacrosse, the T.O.-based club Gilbert founded.

Under Gilbert last spring, Thousand Oaks went 14-5 and finished tied for second place in the Marmonte League. The Lancers handed league champion Westlake its only Marmonte League loss. After consecutive one-goal victories in the U.S. Lacrosse Southern Section playoffs — 10-9 over Mira Costa and 11-10 at Peninsula — T.O. lost 14-13 to Crespi in the North Division semifinal.