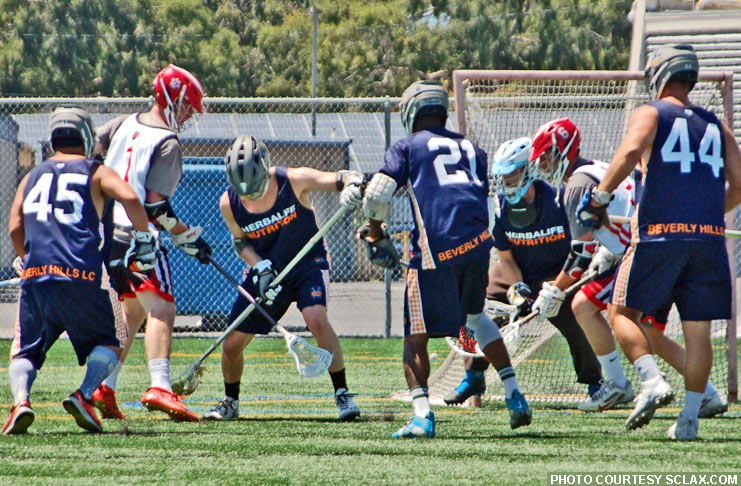 The South Bay Lacrosse Club clinched the No. 2 seed in the SCLAX North Division on Sunday, defeating Venice 16-7 to complete the six-team field for the playoff tournament, which begins June 4.

Newport Beach, which lost to Beverly Hills on Sunday, would have earned the No. 2 seed with a win over Beverly Hills, but that was not to be. Instead, Newport will be the No. 3 seed and play at South Bay on June 3. Newport and South Bay split their regular season games, with Newport winning 14-7 on May 14.

No. 1-seed Beverly Hills has a first-round bye and will play host to the North Division title game on June 11.

In the South Division, 40 Thieves and San Diego Lacrosse Club tied for the division lead, but a tie-breaker edge gives 40 Thieves the No. 1 seed with the first-round bye. San Diego is the No. 2 seed and will play host to Quiksilver in the first round June 3. The winner will play at 40 Thieves on June 11.

The champions of each division will square off June 17 for the SCLA championship.

Information and photo submitted by SCLAX.com.