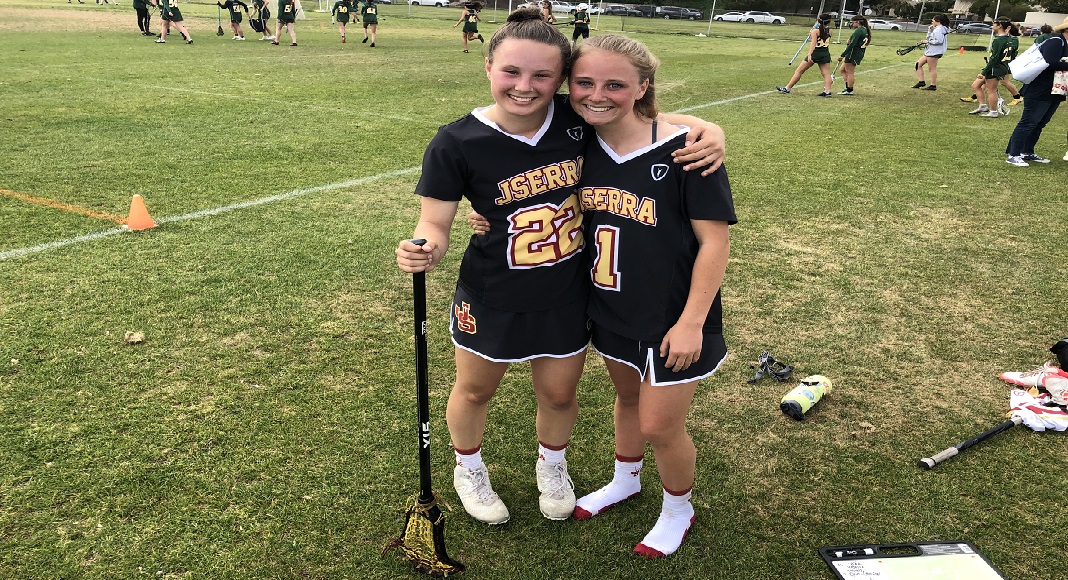 “I think we went the whole week trying to work on our individual weaknesses. We haven’t had a full roster, so I think that was huge making sure that we were focusing on the little things as much as we could,” Lions coach Maggie Mawhinney said.

JSerra was in control throughout the game.  The Lions hustled for every loose ball and used an aggressive defense to cause turnovers to disrupt the CdM offense, which resulted in a commanding 7-1 JSerra lead by halftime.

Caroline Brewster led Corona Del Mar with three goals while Joslyn Simaan and Hailey Butcher each had one goal. Defensively, Katie Langley made eight saves for the Sea Queens.

“It’s a new program. Last year, we played a hybrid season, some varsity games, some JV games. This is our first year full varsity,” Mawhinney said. “We have girls who have never played lacrosse before that have come out for the first time and then we have some veteran lacrosse players.”

The Lions will have a tough challenge on their hands, as they play at No.1 Foothill on Saturday at 10 a.m.

The Sea Queens (4-8) will look to snap their five-game losing streak, as they play at No.9 Beckman on Friday at 4 p.m. The rest of the schedule gets tougher for the Sea Queens, as their remaining opponents are ranked in the top 10.