Meet U of A’s Derek Pedrick 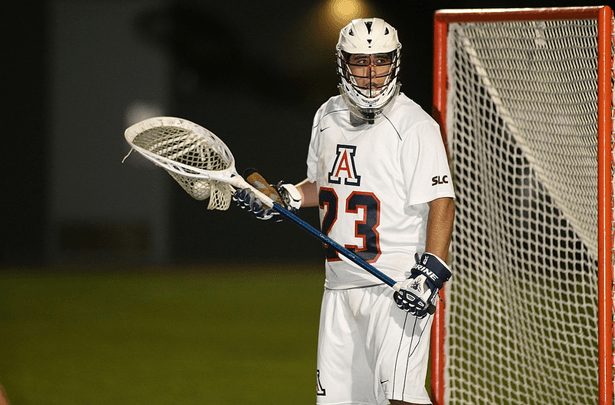 University of Arizona head coach Derek Pedrick took out some time to tell us a little about himself, his background, and his coaching philosophy. After an eight year stretch of coaching NCAA programs, Pedrick took over the “LaxCats” program for the 2014 season.  Prior to arriving in Tucson, Pedrick spent three years at NCAA Division II Notre Dame de Namur, where he led the Argos to the 2011  conference championship.   Pedrick continued his winning ways in Arizona, leading the Wildcats to a 10-5 regular season last year and the SLC playoffs, where the LaxCats were edged 7-6 in the first round by eventual national semi-finalists UCSB.  Interested in following the University of Arizona ? You can follow Coach Pedrick on Twitter.  Here is what Coach P. had to tell MaxLax. Check back tomorrow when Coach P. tells us what it takes to be a LaxCat.

Tell us about your lacrosse background. Where did you play? How long have you been coaching?
I am from Saratoga Springs NY and have been playing lacrosse since I was 12.   I played Division 3 lacrosse at Springfield College in Massachusetts. This will be my 9th year of coaching. I have coached at Trinity College (D3), College of Wooster (D3), Siena College (D1), NDNU (D2) and now in my 2nd year with the UofA (MCLA Division 1).

What style of play do you like to use?
We like to play an athletic style where our players are able to read and react of situations and play off that. We are a motion offense team that likes to use our athletes. Defense – we stress team defense, positioning and communication. We want to play with a sense of urgency while still being smart.

What is the make-up of your coaching staff?
We have three asst coaches on staff along with myself. All three played in college.

Did you have a pre-game ritual as a player? What was it?
Not so much. I always listened to music and tried to stay calm.

Favorite lacrosse memory as a coach?
In my second year at Trinity we knocked off #3 Middlebury in OT.

What one piece of advice do you have for the young player looking forward to playing in high school?
Play multiple sports and always have the stick in your hand. Enjoy the sport as its meant to be fun.

What one piece of advice do you have for the high school player hoping to play in college?
Make sure you have a great stick with both hands. The game is to fast and too skilled to not have a good stick. Wall ball will fix that.