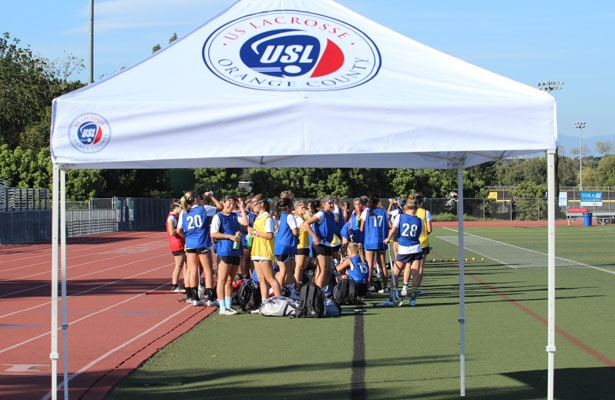 Although Kennedy is a new member of the National Team this year, she has played for West Coast Starz Gold, Team OC, Team Sugarfree clubs and Corona Del Mar High School team in the six years that she has been playing lacrosse. As a second year varsity player she has left her mark with over 29 goals for this season and has been previously recognized as Pacific Coast League All-League Honors.

If you could describe yourself in four “hashtags” what would they be? “#crazy #fun #punny”

If you were told you had to live the rest of your life as an animal what animal would you be and why? “I would be a cat because they have 9 lives (winky face)”

“It is not uncommon to see Kennedy sprint end to end. She is a driving force on the transition either bringing the ball up the field or re-defending all the way back down to the 8 meter. She leads by example, determined to get the draw and create assists for others. Her quick reaction time makes her the leading player on Corona Del Mar in successful ground balls. Kennedy is a fast player with strong drive to be an impact player on the field. And that she is.” – Corona Del Mar Coach, Aly Simons