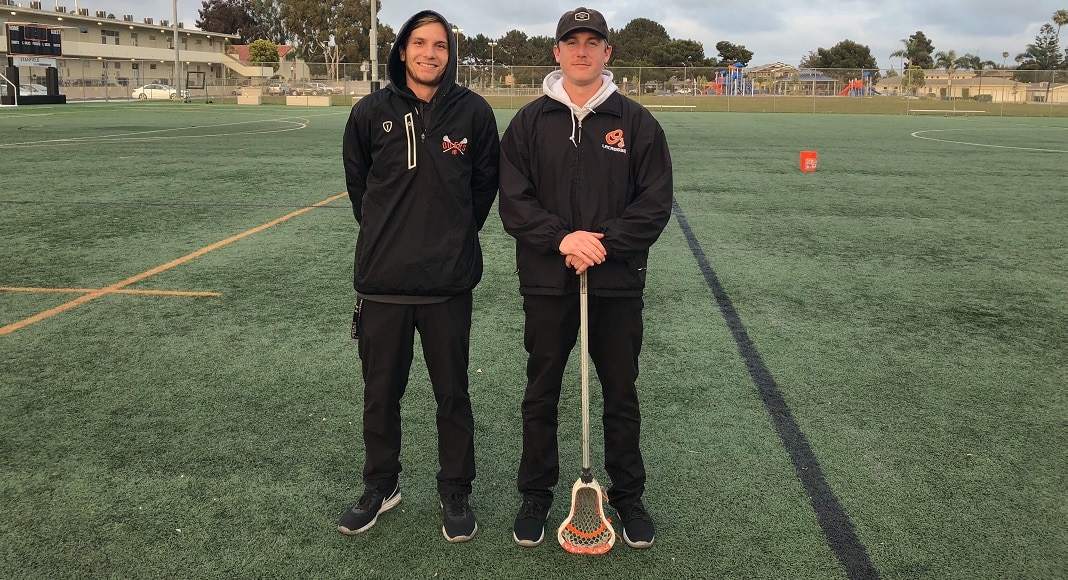 After coaching Huntington Beach’s boys’ lacrosse junior varsity lacrosse team to an undefeated record last season, Michael Lacy took over as the varsity head coach this season, with the resignation of previous head coach Mike Murtha, prior to the season starting. Lacy’s debut season can already be chalked up as a successful one, as the Oilers made the playoffs for the second straight season and the first under Lacy.

Lacy was first introduced to the sport of lacrosse his freshman year at Huntington Beach High, where he played two years on varsity, culminating into a Sunset League championship, as well as All-Sunset League team awards. While also playing for club teams Rip City & Bradys, Michael was accepted into The Bridgton Academy, a college preparatory school located in Maine, but ultimately decided to attend Orange Coast College with the goal to transfer to Cal State Fullerton to major in Business & Marketing. In 2017 he led the JV lacrosse team to a very successful season where they were undefeated (17-0).

Michael became an assistant coach when he was a junior in high school, coaching many U11- U15 teams through the Best Coast Youth Lacrosse Organization. After coaching youth lacrosse for two years and graduating high school, he was given the opportunity to coach the JV Huntington Lacrosse team for the 2016 & 2017 Seasons.

Assistant Coach Cole Daws: Daws was a two year letterman goalie for Huntington Beach Lacrosse until he graduated in 2015, earning 1st and 2nd-team Sunset League Honors for his position in 2014 and 2015. Picking up the sport as a sophomore in high school, Cole quickly fell in love with the sport and has been involved in the sport ever since. Since graduating, Cole also was the assistant for the JV lacrosse team at Huntington Beach for the 2016 and 2017. As well as continuing his education at Orange Coast College where he is studying Business.