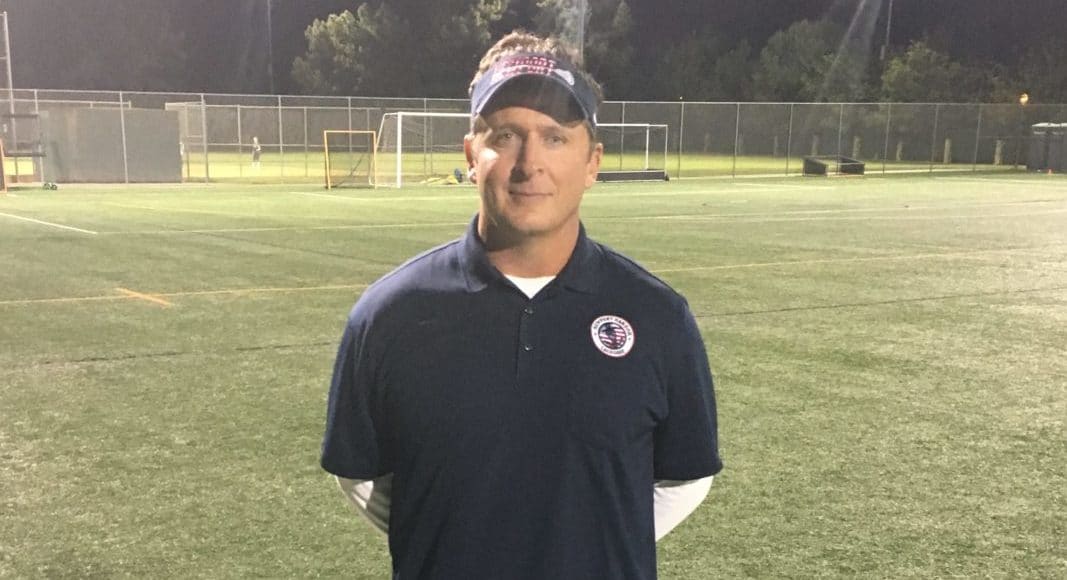 Newport Harbor boys lacrosse coach Mark Todd enters his eighth year as the Sailors’ head coach and looks to guide his team back into the playoffs after missing them last year for the first time under his tenure.

Todd has been with his team longer than any other Sunset League coach and has been involved with lacrosse longer than most coaches in Southern California.

He started playing for a boys club in Baltimore, MD when he was eight years old. He was a multi-sport athlete who was offered a football scholarship but chose to focus on lacrosse in college.

After college and a year of working on Capitol Hill, he decided to move west.  He drove across the country in two and half days by himself. Todd didn’t have a job, money nor a place to live other than a fraternity brother’s couch for the first night he was on his own.

While in San Diego, he played men’s lacrosse team where he met others like St.Margaret’s coach Glen Miles who would help to shape the growth of Southern California lacrosse.

Todd eventually moved to Orange County where coached at Chapman University for two years, and then UCLA and Loyola Marymount.

After Todd got married, he restarted the lacrosse program at UC Irvine from 2002-06. In addition to coaching at UCI, Todd also coached at Corona Del Mar, the rival of Newport Harbor from 2003-2009.

In his last three years with the Sea Kings, he was assisted by G.W. Mix, the current CdM coach. In Todd’s last season at CdM, he guided them to a 20-2 record and a spot in the county championship match, where the Sea Kings lost to Foothill 10-8.

When Todd is not on the lacrosse field, you can find him as a real estate businessman. In Todd’s last year with CdM, he got so busy, he could only coach part time, so he decided to hand the CdM reigns to Mix and help out then-Huntington Beach coach Brian Dunn, who played for Todd at CdM.

When not coaching Todd sells luxury real estate in Coastal Orange County.  He’s served as President of the Newport Beach Board of Realtors and as the Orange County  Regional Chairman for the California Association of Realtors. Last year, he sold $40 million in real estate and enjoys coaching his twin sons at Newport Harbor.  They are now sophomores and are thriving as they play lacrosse and enjoy their friendships with their teammates.  Outside of sports, real estate and fatherhood, he enjoys reading, music, movies, comedy, travel, exercise, and politics.